'They overserved me': Man claims it was bar's fault that he got too drunk 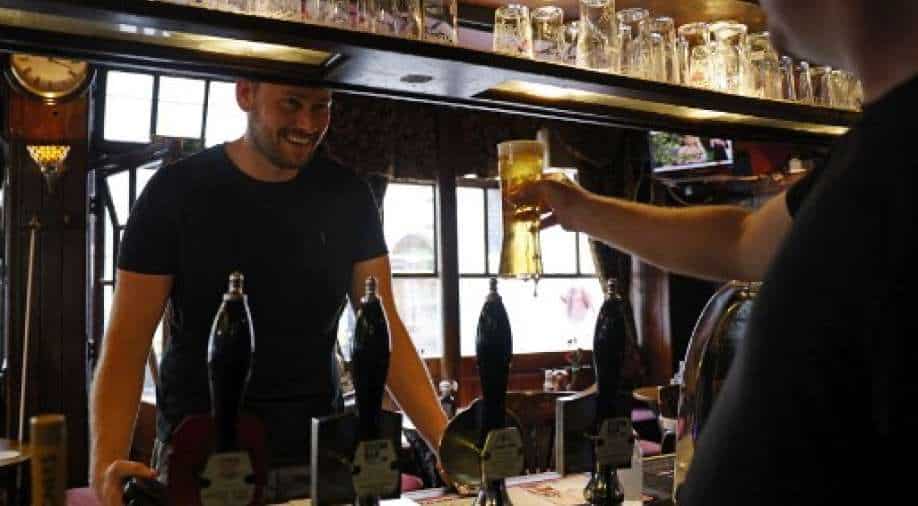 A customer drinks at the bar in central London as coronavirus restrictions were lifted on July 19 Photograph:( AFP )

If you get too drunk in a bar, there is a chance it might be the bar’s fault and not yours. While it may sound absurd, a court has concluded that this is correct.

A man who has several instances of being arrested for getting too drunk has managed to win a $5.5 million lawsuit against a bar.

Daniel Rawls claimed it was the bar staff’s fault for serving him alcohol even when they realised he was getting too drunk to handle his drinks.

Rawls sued the La Fogata Mexican Grill for overserving him drinks, which got him drunk and then led to him getting into a fight with another customer, in which he got injured.

The lawsuit claims that Rawls got into a fight with another customer, Robert Henrickson, in the parking lot of the restaurant. Both the customers had been drinking heavily. When these two men got into a fight, Rawls suffered a head injury.

Rawls claims this head injury is a mistake of the staff of the La Fogata Mexican Grill restaurant as they let the two customers drink even after they observed the two men were getting drunk.

Also read : Russian spy faces investigation after she falls in love with her subject

He also accused the restaurant of being negligent and not calling an ambulance to cater to the injuries of Rawls after his fight with Henrickson, the lawsuit claimed. Rawls also added that the bartender was not trained to identify when a customer was crossing the line of enjoying a drink and getting drunk.

The restaurant has also been accused of not taking care of removing obstacles from the parking lot, “that would pose a tripping or falling hazard to intoxicated patrons”.