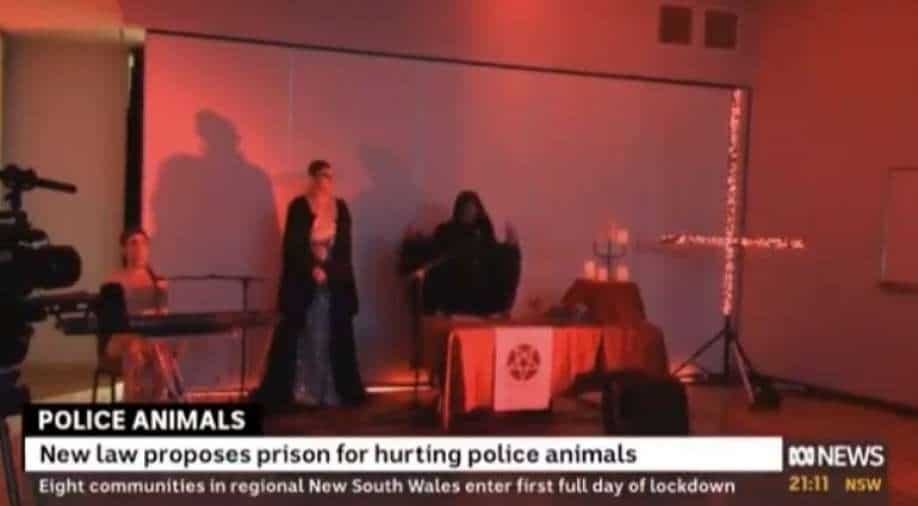 Australia's ABC network was playing a routine news telecast when the anchor was taken by surprise as an unexpected Satanic clip played during a switch of visuals.

The anchor Yvonne Yong was presenting a story about Queensland’s proposal to make killing of police horses or dogs as a criminal offense. Her narrations gets visually cut by a shot of three officers walking down, and then pans back at her.

ABC's satanic slip-up. What was going on here? @abcnews pic.twitter.com/D1dWfjOYhM

However, a few seconds later her narration once again gets interrupted by a change of visuals but this time the network played a satanic ritual on screen during the live telecast.

In that scene of few seconds, a man can be seen standing in a black robe. Another person is seen standing beside the robe-clad person, and one person is seen sitting next to a keyboard. There is also an upside-down cross seen on one corner of the room. The whole clip of satanic ritual played only for a couple of seconds but was caught by another media house. The man in the black robe can also be heard saying "Hail, Satan".

The producers realised the mistake and immediately cut the feed, bringing the anchor back on the screen. Yong stayed silent for a few seconds and then quickly started introducing another story awkwardly.

Some people believe these people from the visual were members of the Noosa Temple of Satan that is also protesting against Queensland’s Education Department regarding religious instruction classes in schools.

Meanwhile, the Noosa Temple of Satan also retweeted the clip with a caption, "Satan works in mysterious ways".