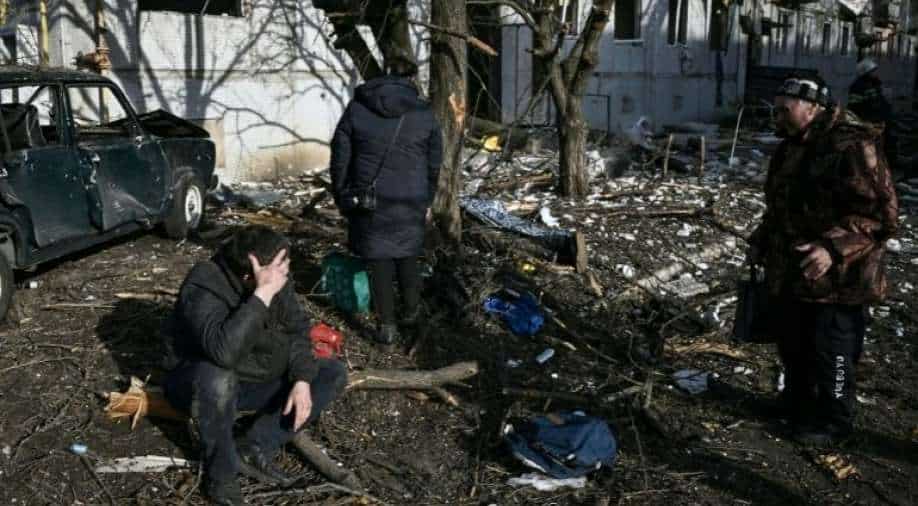 The UN's office for human rights, OHCHR, said it registered 752 civilian casualties, including 227 deaths, but believes that the number is 'considerably higher'. Photograph:( AFP )

US officials warned Wednesday of the "staggering" human toll of Moscow's incursion into Ukraine following the apparent use of cluster bombs and other treaty violating weapons that threaten to escalate further the conflict.

The warning came as Russia reported that 498 of its troops were killed in the assault on ex-Soviet Ukraine, the first official death toll it has released but one that Kyiv says is considerably undercounted.

Also read | 320 missiles in a day: Russia targets short-range ballistic missiles at Ukraine; what is the result?

Despite determined resistance in Ukraine, Russia appears to be stepping up the offensive initiated by President Vladimir Putin seven days earlier -- in defiance of almost all of the international community.

"Today was the hardest, cruellest of the seven days of this war," said Vadym Boychenko, the mayor of the key southeastern port of Mariupol who said Russian forces pummelled the city for hours and were attempting to block civilians from leaving.

"Today they just wanted to destroy us all," he said in a video on Telegram, accusing Russian forces of attacking residential buildings.

Top US diplomat Antony Blinken warned that the human toll was already "staggering," and that Russia has been attacking places that "aren't military targets."

"Hundreds if not thousands of civilians have been killed or wounded," said the Secretary of State, who will be travelling to eastern Europe next week to rally support for Ukraine and to secure a ceasefire.

According to Ukraine's government, at least 350 civilians, including 14 children, have been killed in the conflict, and hundreds of thousands have fled the country since it began.

The UN's office for human rights, OHCHR, said it registered 752 civilian casualties, including 227 deaths, but believes that the number is "considerably higher."

"The humanitarian consequences will only grow in the days ahead," Blinken warned.