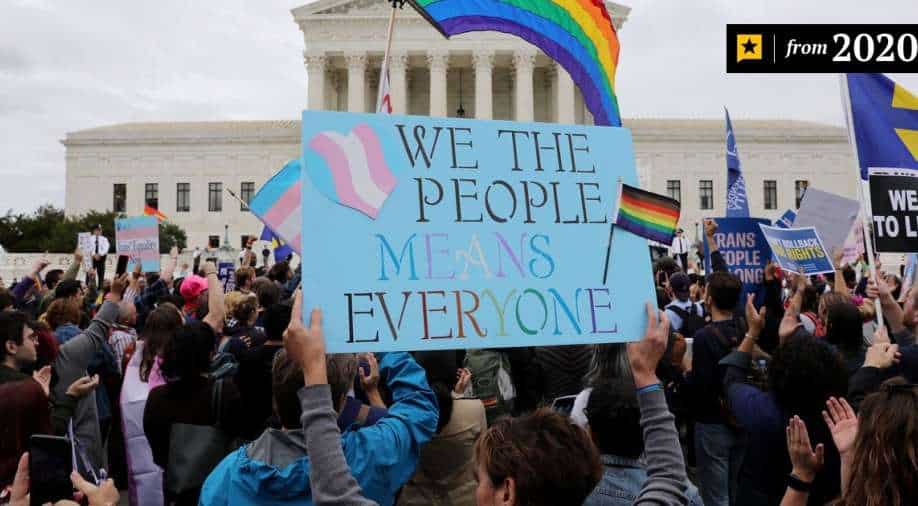 In a legal opinion released this week, Ken Paxton argued that medical care such as puberty blockers, hormone therapy, and gender-affirming surgeries 'must be halted'

The Texas attorney general’s remark that gender-affirming surgeries among minors are cases of "child abuse" has triggered an outrage among trans rights groups who see it as an attack on transgender children.

In a legal opinion released this week, Ken Paxton argued that medical care such as puberty blockers, hormone therapy, and gender-affirming surgeries "must be halted."

He said the Texas Department of Family and Protective Services (DFPS) "has a responsibility to act accordingly."

"There is no doubt that these procedures are "abuse" under Texas law and thus must be halted," Paxton said in a statement.

"I'll do everything I can to protect against those who take advantage of and harm young Texans," he said.

In response to the opinion, Texas Governor Greg Abbott directed DFPS Commissioner Jaime Masters "to conduct a prompt and thorough investigation of any reported instances of these abusive procedures in the State of Texas."

It's unclear how much legal standing the order and opinion will have, reported CNN.

The views expressed by the highest officials in Texas were met with condemnation by the trans rights group, who said that "deliberately attacking children and making life harder for them is shocking and un-American."

"Every major medical association in the country supports healthcare for transgender youth, but Republican Gov. Abbott is ignoring experts on children's issues to cruelly and viciously target transgender young people," CEO and president of the LGBTQ non-profit GLAAD, Sarah Kate Ellis, said in a statement.

Texas government has increasingly taken socially conservative stands in recent years, even as its population's political leanings have drifted away from being a Republican state.

The actions come after a series of anti-trans bills that failed to materialise in recent years, some of which would have included preventing transgender Texans from using bathrooms according to their gender identity rather than their biological sex in government buildings and public schools and universities.

According to a study from the Williams Institute at the UCLA School of Law, the state has the second highest number of trans people in the US, with some 125,350 adults in Texas identifying as transgender.