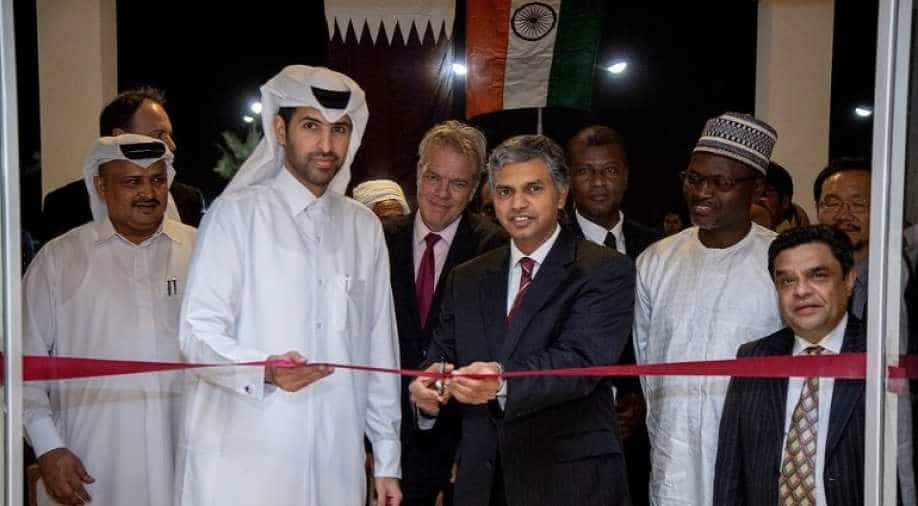 Representatives from India and Qatar at the exhibition - From India to Qatar: A symbiosis of cultures Photograph:( Others )

The Embassy of India, with the support of the Ministry of Culture, Government of India, has since been organising a 'Festival of India' in Qatar, to showcase the deep cultural roots and people-to-people links between India and Qatar

The decision to jointly celebrate the India-Qatar Year of Culture in 2019 was taken during the visit of the Prime Minister of India, Narendra Modi, to Qatar in June 2016. This understanding was reflected in the Joint Statement issued at that time. The Embassy of India, with the support of the Ministry of Culture, Government of India, has since been organising a 'Festival of India' in Qatar, to showcase the deep cultural roots and people-to-people links between India and Qatar. Several events have already been organised as part of this Festival since the beginning of the year and more are to come in the next few months. Here are a few highlights of the festival scattered across a year: Five well-known Indian fashion designers - Tarun Tahiliani, Raghavendra Rathore, Wendell Rodricks, Namrata Joshipura and Raw Mango - participated in the displays organised at Shop Qatar Design District in January 2019, as part of the festivities organised under Qatar Shopping Festival 2019. The exquisite designs exhibited by these designers helped showcase the depth of talent and the diversity available in the Indian fashion design industry, in addition to the cultural affinities between India and the Arab world, as shown by the popularity of Indian designs in this part of the world. 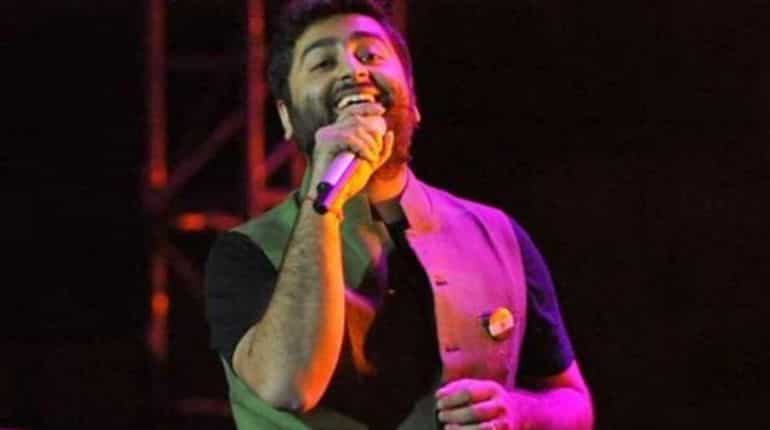 Bollywood singing sensation Arijit Singh held a high profile concert and enthralled a large audience of nearly 20,000 with soulful performance on 18th January 2019 at Lusail Sports Arena. The event featured renditions of a number of his much-admired and award-winning tracks. 'One FM Radio' brought the renowned singer to Doha in association with Shop Qatar 2019, the third edition of Qatar's biggest shopping festival that is part of the Qatar National Tourism Council's strategy to grow and diversify the country's tourism offering. 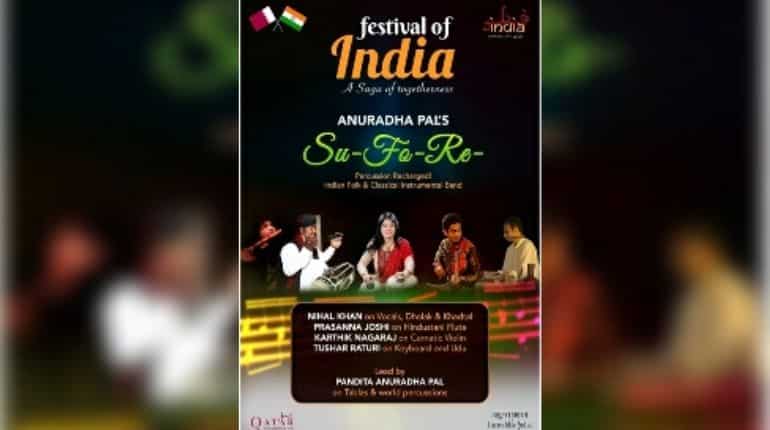 This event, organised as part of the Festival of India in Qatar and supported by the Ministry of Culture, Government of India, featured Tabla virtuoso & percussionist Pandita Anuradha Pal and her team, who enthralled the audience with their live performance at Drama Theatre, Katara Cultural Village on 28 February & on 1 March. A repeat performance was held at the Indian Cultural Centre on 2nd March for the larger Indian community.
Anuradha Pal, India’s First female professional Tabla and percussion virtuoso, presented an Instrumental Music Ensemble (Jugalbandi), along with her talented team of musicians. Anuradha Pal is an internationally acclaimed accompanist with top Indian classical musicians and an enthusiastic collaborator with Jazz, African, Latin, Flamenco, Crossover Classical, Percussion, Pop, Rock & New-age music. She holds the honour of being the Youngest and first female Indian Musician to perform at two of the most prestigious music festivals in the world – Woodstock Festival (2008) & WOMAD Festival (1999). 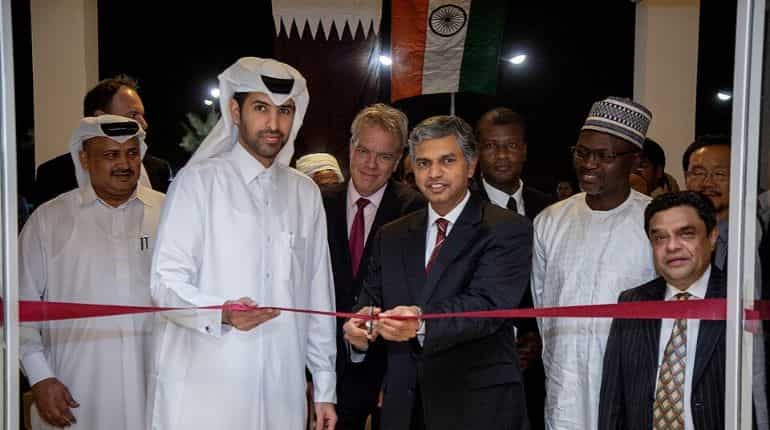 Sheikh Faisal Bin Qasim (FBQ) Museum presented an exquisite exhibition of India-related artefacts at the Museum in Shahaniya, titled ‘From India to Qatar - A Symbiosis of Cultures’, to mark the India-Qatar Year of Culture 2019. The exhibition featured a number of items of historical interest curated by Prof. Mohammed Moin Sadeq and also a special exhibition of miniature paintings curated by Indian artists Ajay and Vinita Sharma. It was inaugurated on 4 April 2019 and remained open until 31 July 2019. Arranged under five main themes - Community, Trade, Arts, Food and Incense – the exhibition took the visitors on a journey exploring the rich and diverse Indian culture, the longstanding historic links between Qatar and India and also the cultural similarities between Qatar and India. 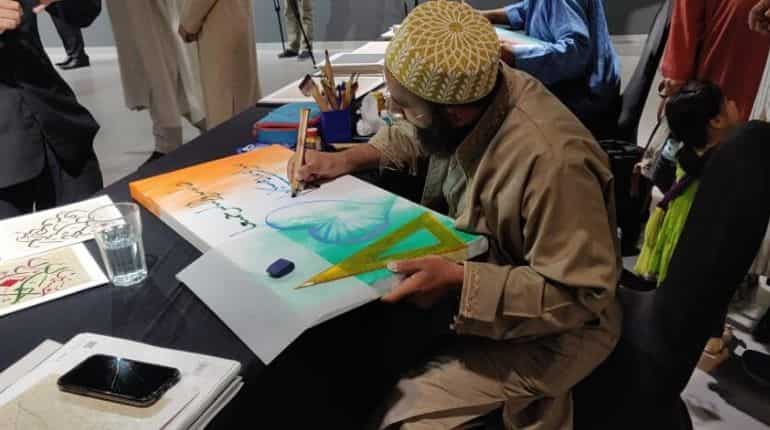 Together with “Radiant Arts”, a platform for Dawoodi Bohra artists, an Islamic Calligraphy Exhibition titled “Multaqa Al-Qulub Wal-Funun: A Gathering of Hearts & Crafts” was organised at Katara Cultural Village.

The Exhibition provided a glimpse of how Arabic calligraphy is preserved and practiced in India. The exhibition also served to present the beauty of India's composite culture, especially those elements which bear an affinity with Qatari culture, and Arab culture in general. Artwork by seven talented artists from the Dawoodi Bohra community was on display at the show. Quintessential Qatari cultural symbols (such as the falcon, oryx, traditional dhow etc.) and landmarks (such as the Museum of Islamic Art and the Doha skyline) were displayed by artists through their works, in addition to themes relating to India. During the event, live calligraphy sessions by the artists of Radiant Arts were also conducted. 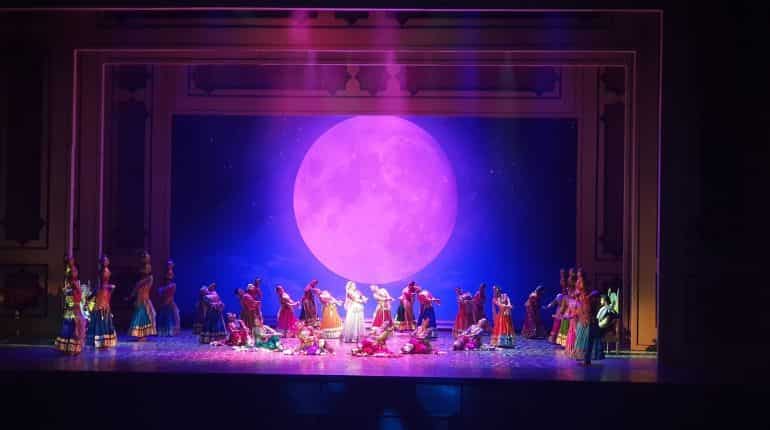 The grandeur of Mughal Emperor Akbar’s palace was brought to the audience in Qatar by a galaxy of talented stage artists in the form of a theatre performance “Mughal-E-Azam”. The engaging story and the technical sophistication, coupled with catchy and crisp dialogues and live songs maintaining the sumptuousness and majesty of the original 1960 film, kept the audience spellbound. The Broadway-style musical stage play was enacted by a 100-strong troupe from India, directed by Mr Feroz Abbas Khan.

Many more events of similar nature and fervour were organised throughout the year by both the countries to bolster their relationship.

(All images courtesy of Embassy of India, Qatar)