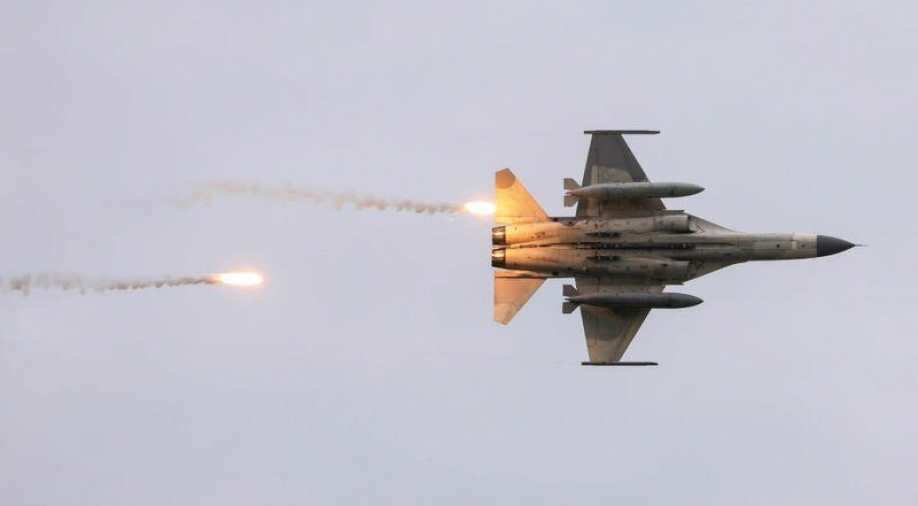 Taiwan scrambled fighter jets on Friday as 18 Chinese aircraft buzzed the island, including crossing the sensitive mid-line of the Taiwan Strait, in an escalation of tensions as a senior U.S. official held talks in Taipei.

China had earlier announced the start of combat drills near the Taiwan Strait, denouncing what it called collusion between the island, which it claims as part of its territory, and the United States.

U.S. Undersecretary for Economic Affairs Keith Krach arrived in Taipei on Thursday for a three-day visit, the most senior State Department official to come to Taiwan in four decades - which China had said would prompt a "necessary response".

Beijing has watched with growing alarm the ever-closer relationship between Taipei and Washington, and has stepped up military exercises near the island, including two days of large-scale air and sea drills last week.

With a U.S. presidential election looming in November, Sino-U.S. relations are under huge strain from a trade war, U.S. digital security concerns and the coronavirus pandemic.

Taiwan said 18 Chinese aircraft were involved on Friday, a far larger number than it has previously announced for such encounters.

The ministry showed a map of the flight paths of Chinese jets crossing the Taiwan Strait mid-line, which normally combat aircraft from both sides avoid passing through.

It also showed a picture of missiles being loaded onto an F-16 fighter at the Hualien air base on Taiwan`s east coast.

At a press conference on Friday morning a Chinese defence ministry spokesman said Beijing was "holding actual combat exercises near the Taiwan Strait" when asked how Beijing would respond to Krach's visit.

"This is a legitimate and necessary action taken to safeguard China's sovereignty and territorial integrity in response to the current situation in the Taiwan Strait," Ren Guoqiang told reporters.

Ren also warned that the Chinese army had "sufficient ability" to counter any external threat or challenge from Taiwan separatists.

Beijing considers Taiwan part of its territory, to be absorbed into the Chinese mainland — by force if necessary.

Relations between the United States and China are at their lowest point in decades, with the two sides clashing over a range of trade, military and security issues as well as the coronavirus pandemic.

China's Communist leadership baulks at any recognition of Taiwan — which has been ruled separately from China since the end of a civil war in 1949 — and has mounted a decades-long policy of marginalising the democratic island.

Ren accused the United States of "frequently causing trouble" over Taiwan, which he said "is purely China's internal affairs, and we won't tolerate any external interference".

In recent weeks, Taiwan has reported a sharp rise in incursions by Chinese jets into its air defence identification zone.

Washington's increased outreach to Taiwan under US President Donald Trump has become yet another flashpoint between China and America, with US cabinet member Alex Azar visiting last month.

Washington said Krach was visiting Taiwan to attend a memorial service for late president Lee Teng-hui. He will also meet with foreign minister Joseph Wu, and is scheduled to join President Tsai Ing-wen for dinner at her official residence Friday.

The United States, like most countries, has official ties only with China, not Taiwan, though Washington is the island`s main arms supplier and most important international backer.

This week, the U.S. ambassador to the United Nations had lunch with Taiwan`s top envoy in New York. China`s U.N. mission said it had lodged "stern representations" over the meeting.