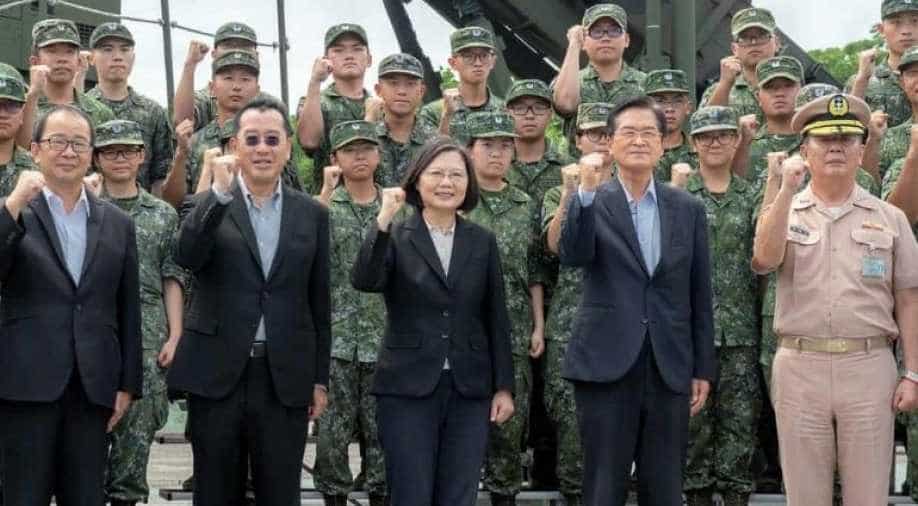 The statement comes the same day US Undersecretary for Economic Affairs Keith Krach is due to arrive in Taiwan, in a trip likely to further rile Beijing which regularly denounces United States support for the democratic island.

Taiwan's foreign minister Joseph Wu on Thursday asked for the help of international community to defend his country against China's increasing military interference, fearing a ''real possibility of war''.

The statement comes the same day US Undersecretary for Economic Affairs Keith Krach is due to arrive in Taiwan, in a trip likely to further rile Beijing which regularly denounces United States support for the democratic island.

Krach is in Taiwan for a three-day visit in which he will attend a memorial service on September 19 for former President Lee Teng-hui, who was revered by many on the island and internationally as the father of Taiwan's democracy.

He is also expected to meet Taiwan President Tsai Ing-wen on September 18. His visit follows one last month by US Health Secretary Alex Azar, the highest-level US official to come to the democratic island in four decades.

Speaking in Beijing, Chinese Foreign Ministry spokesman Wang Wenbin said China has lodged "stern representations" with Washington about Krach's trip, and that it opposed any official exchanges between the United States and Taiwan.

The United States plans to sell as many as seven major weapons systems, including mines, cruise missiles and drones to Taiwan, four people familiar with the discussions said, as the Trump administration ramps up pressure on China.

Pursuing seven sales at once is a rare departure from years of precedent in which US military sales to the island were spaced out and carefully calibrated to minimize tensions with Beijing.

But the Trump administration has become more aggressive with China in 2020 and the sales would land as relations between Beijing and Washington are at their lowest point in decades over accusations of spying, a lingering trade war and disputes about the spread of the novel coronavirus.