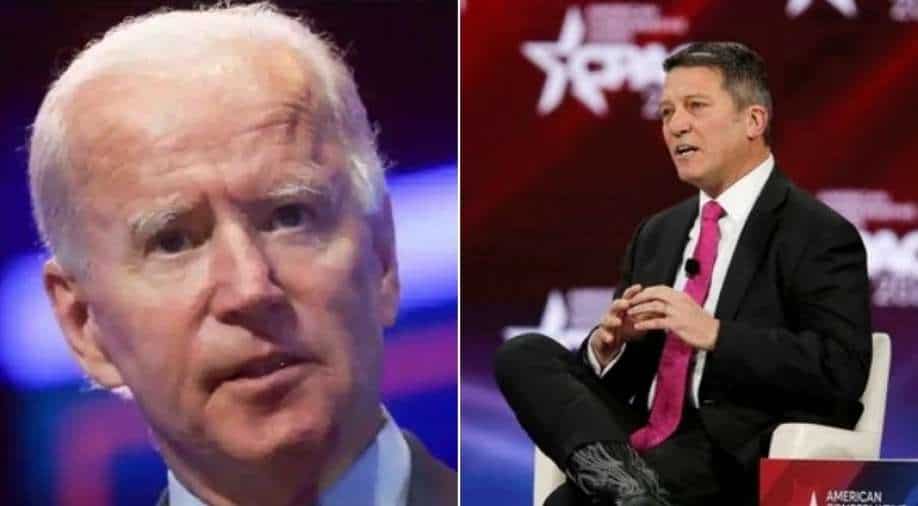 "The far left and the mainstream media were demanding that be the new standard for anybody who's going to lead our country and be our Commander-in-Chief and our head of state," Jackson said in an interview at Fox News. "I'm just saying I agree with them at this point—we need to get it done."

Jackson had appeared on the channel to discuss the President’s cognitive abilities after former US President Donald Trump has made repetitive claims that Biden was unfit to lead the country.

The ex-Trump aide believes there is something ‘concerning’ happening with Biden which needs to be addressed on priority for the well-being of the President and the nation.

"I think he's demonstrating every single day that there is something going on," Jackson said. "You don't need to be a physician to look at this behaviour and see there's something concerning happening."

"You can go back – there's 40 years of tape of this man – he's always made gaffes and stuff but these are different, he's confused, he's disoriented," Jackson added. "He's just not ageing gracefully at this point."

The cognitive test being talked about is Montreal Cognitive Assessment (MoCA). It is a 30-point test that helps evaluate memory impairment.

Trump had taken the test in 2018 after critics had questioned his ability to run the country. Interestingly, Trump had managed to score a perfect score of 30 out of 30.

Jackson appreciated Trump for taking the test in 2018 and said the former reality TV star has set a precedent which all future presidents should follow.

Biden’s team has announced that the leader will be taking his presidential physical later this year, but whether MoCA will be a part of that evaluation is still unclear.

"I'm just asking them when you do the physical exam include the cognitive assessment," Jackson said. "As far as I'm concerned the standard precedent has been set and they need to follow and do the same."

Trump has not left this opportunity to belittle his opponent. He recently boasted about his perfect score and challenged Biden to achieve the same.