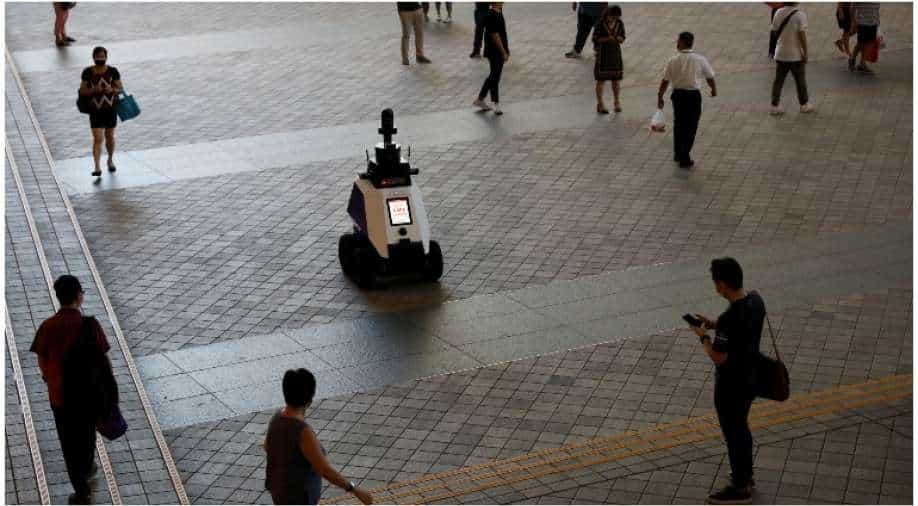 These robots are designed to blast warnings to people engaging in 'undesirable social behaviour'. This is being viewed as next step toward Singapore authorities' vision to create  hyper-efficient, tech-driven "smart nation". However, activists have expressed privacy concerns

The trial of patrol robots has sparked privacy concerns in Singapore. These robots are designed to blast warnings at people who are seen engaging in "undesirable social behaviour".

Singapore is seeing an explosion of tools to track inhabitants. These include CCTV cameras to lampposts kitted out with facial recognition tech.

Officials have long pushed for a vision of a hyper-efficient, tech-driven "smart nation". But this approach has drawn criticism from activists who say that privacy is being sacrificed and people have little control over what happens to their data.

Singapore is frequently criticised for curbing civil liberties and people are accustomed to tight controls, but there is still growing unease at intrusive tech.

The government's latest surveillance devices are robots on wheels, with seven cameras, that issue warnings to the public and detect "undesirable social behaviour".

Also Read | Before chickens, early humans reared one of the most dangerous birds: Study

During a recent patrol, one of the "Xavier" robots wove its way through a housing estate and stopped in front of a group of elderly residents watching a chess match.

"Please keep one-metre distancing, please keep to five persons per group," a robotic voice blared out, as a camera on top of the machine trained its gaze on them.

Also Read | NASA has captured image of 'eye in the sky'

During a three-week trial in September, two robots were deployed to patrol the housing estate and a shopping centre.

"It reminds me of Robocop," said Frannie Teo, a 34-year-old research assistant, who was walking through the mall.

It brings to mind a "dystopian world of robots... I'm just a bit hesitant about that kind of concept", she added.