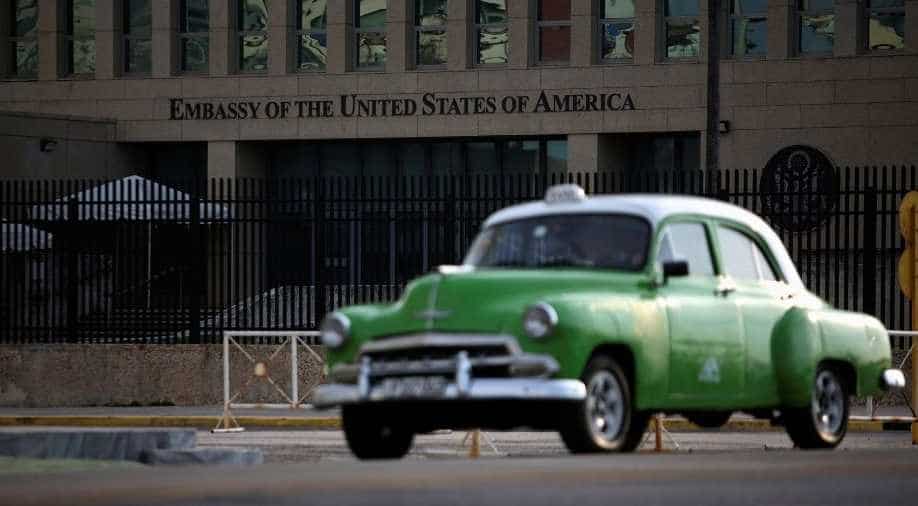 University of Pennsylvania researchers said symptoms described by the embassy workers may be reflected in their brain scans when compared with those of healthy volunteers.

Advanced brain scans of US Embassy employees who reported falling ill while serving in Havana revealed significant differences, according to a new study published on Tuesday that does little to resolve the mystery of injuries the Trump administration had characterised as a "sonic attack."

University of Pennsylvania researchers said symptoms described by the embassy workers may be reflected in their brain scans when compared with those of healthy volunteers.

The difference between the brains of the workers and people in a control group "is pretty jaw-dropping at the moment," lead researcher Dr Ragini Verma, a professor of radiology at Penn, told Reuters in a phone interview.

"Most of these patients had a particular type of symptoms and there is a clinical abnormality that is being reflected in an imaging anomaly," she said.

However, in findings published by the Journal of the American Medical Association (JAMA), Verma and her colleagues said it is not clear if the brain patterns directly translate into meaningful health problems. Initial MRI scans of 21 Havana embassy workers had revealed no abnormalities.

The health problems of more than two dozen workers surfaced in 2016 after the Obama administration reopened the embassy in an effort to improve relations with the Communist island nation. Most of the employees were removed from Cuba in 2017.

US President Donald Trump has said Cuba was responsible for what the US State Department called "significant injuries" suffered by the workers. Canadian embassy workers complained of similar mysterious health problems and were also removed from Cuba. Cuban health officials rejected the hypothesis that health attacks and brain damage caused symptoms described by US diplomats.

The Penn team, in an earlier JAMA report, described the injuries experienced by the first 21 diplomats it examined as like a concussion without a blow to the head.

The latest brain scans may provide fresh evidence of some injury, but the study was not without critics and some researchers have questioned whether there was any kind of attack at all.

"Finding evidence of brain change doesn’t provide evidence of brain injury or damage," said Dr Jon Stone, a professor of neurology at the Centre for Clinical Brain Sciences at the University of Edinburgh, who was not involved in the study.

Dr Sergio Della Sala, a professor of human cognitive neuroscience also at the University of Edinburgh, in an email called the study "half baked."

He noted that 12 of the affected workers who had a history of a concussion prior to going to Cuba were included in the analyses. "In comparison, none of the controls declared previous brain injury. This in itself could cause statistical group differences," Della Sala said.

When those 12 were omitted, researchers did not calculate whether the differences in the brains of the remaining workers were significant.

Sceptics have raised a host of questions challenging State Department assertions that some unknown weapon had attacked the workers.

For example, the odd sound that some felt may have caused the problems was later identified by insect experts as the mating call of the male Indies short-tailed cricket, which is notorious for its volume.