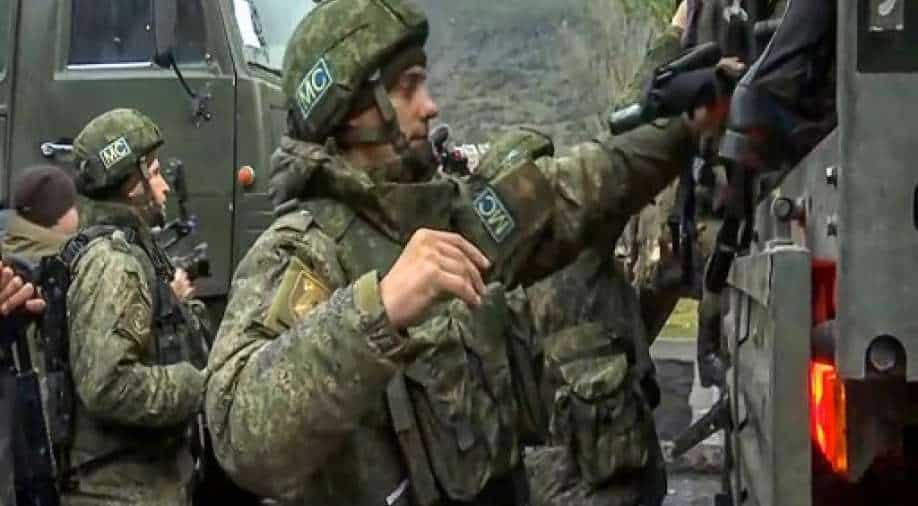 As Russian peacekeepers entered Nagorno-Karabakh in trucks and armoured personnel carriers even as Armenia said that over 2,000 fighters were killed in clashes against Azerbaijan.

Russia has deployed over 2,000 peacekeepers after a peace deal was struck between Armenia and Azerbaijan.

Armenia's health ministry spokeswoman Alina Nikoghosyan said: "To date, our forensic service has examined the corpses of 2,317 dead servicemen, including unidentified ones."

Lavrov said Russia was in contact with UN High Commissioner for Refugees office, the UN Office for the Coordination of Humanitarian Affairs and the UN development programme in order to prevent a humanitarian crisis.

However, the peace deal was met with large scale protests on the streets of Armenia with demonstrators crying out  "Nikol is a traitor!" as reports indicated Azerbaijan had made clear gains in territorial claims after weeks of fighting.

Russian guards have reportedly placed five posts in Nagorno-Karabakh with two on the border with Iran. Russia now has troop presence in nine former Soviet republics including Nagorno-Karabakh.

The Nagorno-Karabakh row between Azerbaijan and Armenia has been festering since the 90s after the break-up of the former Soviet Union. At least 30,000 people have been killed in the conflict which ended in an uneasy truce in 1994.