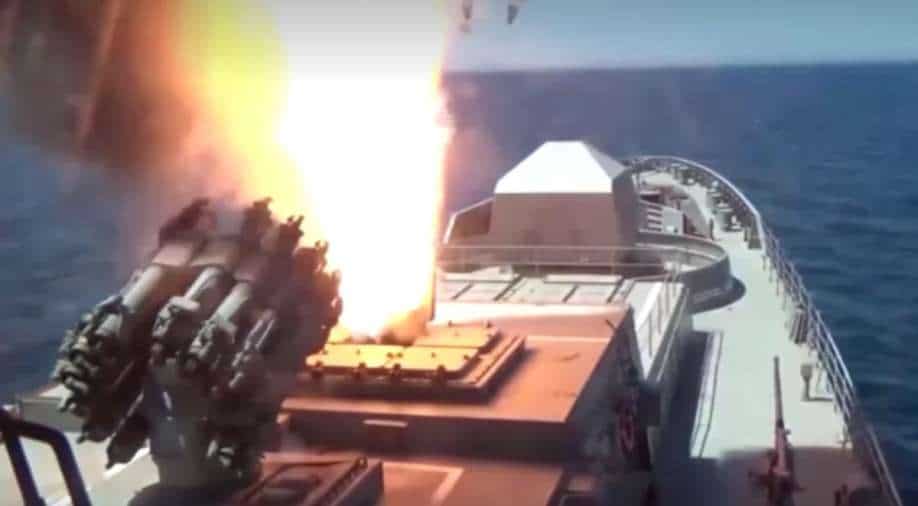 The Russian defence ministry on Saturday (May 21) said that the armed forces have destroyed a large shipment of weapons in northwestern Ukraine using long-range missiles. The shipment was apparently supplied by the West.

"High-precision long-range sea-based Kalibr missiles destroyed a large batch of weapons and military equipment near the Malin railway station in Zhytomyr region delivered from the United States and European countries," it said.

Russia started the invasion of Ukraine on February 24 in order to "demilitarise" and "de-Nazify" the pro-Western country. However, Russia faced Ukrainian resistance.

The United States and several other Western allies have supplied Ukraine with weapons. The weapons included artillery, anti-aircraft missiles, anti-tank weapons, etc. Russia has often warned the West over arms supplies to Ukraine.

After the latest move to destroy a large shipment, the Russian ministry said the weapons were intended for Ukrainian forces in the eastern Donbas region.

It is a Russian-speaking area that has been partially controlled by pro-Moscow separatists since 2014.

Meanwhile, Ukrainian President Volodymyr Zelensky said that war can only be resolved through "diplomacy", which has apparently failed so far.

"Discussions between Ukraine and Russia will decidedly take place. Under what format I don't know -- with intermediaries, without them, in a broader group, at presidential level," he said.

"There are things that can only be reached at the negotiating table. We want everything to return (to as it was before) but Russia does not want that", he said.