Russian army to broaden offensive ‘from all sides’ against Ukraine, says Kremlin 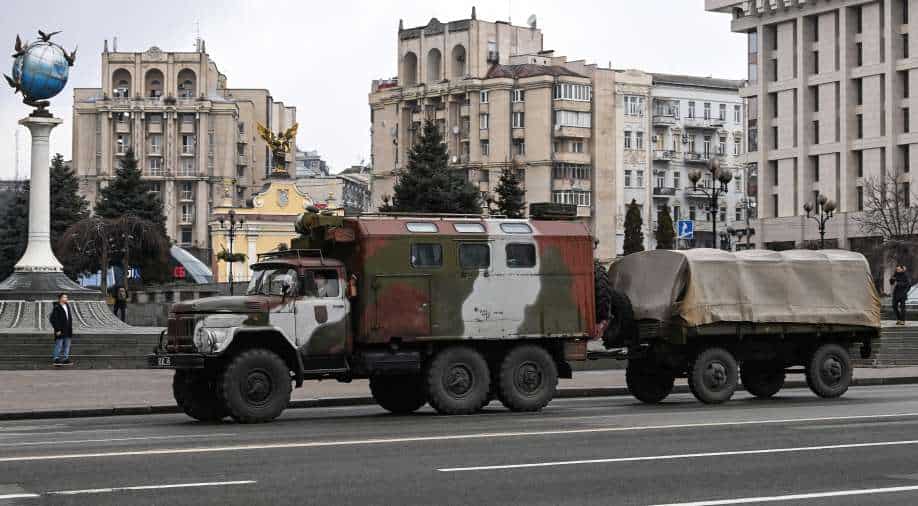 A military cargo truck is pictured in central Kyiv in the morning on February 24 Photograph:( AFP )

The announcement came on the same day US President Joe Biden signed a memorandum to provide up to $600m in “immediate military assistance” to Ukraine.

After Ukraine refused to hold talks in Belarus, Russia said it has given orders to its army “to broaden its offensive” against its neighbour “from all directions”.

Russia’s defence ministry in a statement on Saturday, said, “After the Ukrainian side rejected the negotiation process, today all units were given orders to develop the advance from all directions in accordance with the operation's plans.”

On Friday, the Kremlin had said that Putin was ready to send a delegation to Belarus for talks with Ukraine, but the Kyiv leadership wanted talks in Warsaw instead.

The announcement came on the same day US President Joe Biden signed a memorandum to provide up to $600 million in "immediate military assistance" to Ukraine.

But the Russian troops continued to march on with their coordinated attacks. They launched missile and artillery attacks on Ukrainian cities, including the capital, Kyiv.

According to the United Kingdom’s defence ministry, the bulk of Russian forces involved in the advance on Kyiv were now 30 kilometres (19 miles) from the city centre.

As of Saturday, at least 198 civilians, including three children, had been killed since Moscow launched the attack, Ukraine said.

Russia has not said how many of its soldiers have been killed in the invasion, which it calls a "special military operation."

Moscow has said that its goal is to "de-Nazify" Ukraine.

Watch | Countries shut their airspace amid Russian invasion of Ukraine