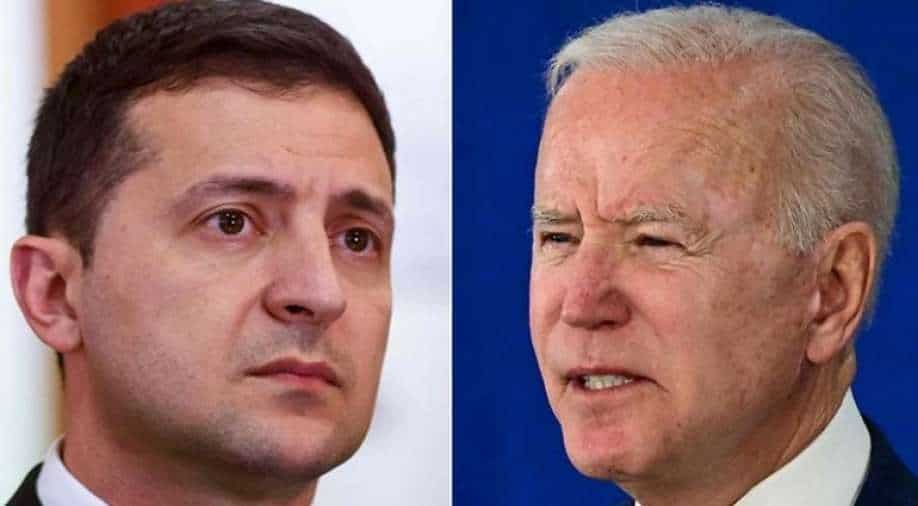 Russia claims its assault on Ukraine is aimed only at military targets, but civilians have been killed and injured during Europe’s largest ground war since World War II

US President Joe Biden has approved military aid for Ukraine worth $350 million as it struggles to repulse a Russian invasion.

In a memorandum to Secretary of State Antony Blinken, Biden directed that $350 million allocated through the Foreign Assistance Act be designated for Ukraine's defence.

Ukrainian soldiers repulsed a Russian attack in the capital, the military said Saturday after a defiant President Volodymyr Zelensky vowed his pro-Western country would not be bowed by Moscow.

Russia claims its assault on Ukraine is aimed only at military targets, but civilians have been killed and injured during Europe’s largest ground war since World War II.

The conflict has already driven hundreds of thousands of Ukrainians from their homes. UN officials said more than 120,000 Ukrainians have left the country for Poland, Moldova and other neighboring nations.

Kyiv said 137 people, including soldiers and civilians, have been killed.

Meanwhile, the Defence Ministry said "two enemy targets were shot down," identifying them as a Russian SU-25 helicopter and a military bomber -- near the separatist zone in the east.

The Ukrainian defence ministry said 2,800 Russian soldiers had been killed, without providing evidence.

Russia’s defence ministry claimed the Russian military had taken full control of the southern city of Melitopol, about 22 miles (35 kilometres) inland from the Azov Sea coast, and said Russia-backed separatists had made significant gains in the eastern region of Donbas.

Western officials believe Russian President Vladimir Putin is determined to overthrow Ukraine’s government and replace it with a regime of his own. The invasion represented Putin’s boldest effort yet to redraw the map of Europe and revive Moscow’s Cold War-era influence. It triggered new international efforts to end the invasion, including direct sanctions on Putin.

The US government urged Zelensky early Saturday to evacuate Kyiv but he turned down the offer, according to a senior American intelligence official with direct knowledge of the conversation. The official quoted the president as saying that “the fight is here” and that he needed anti-tank ammunition but “not a ride.”