Russia-Ukraine conflict: Vladimir Putin says will not use conscript soldiers in Ukraine 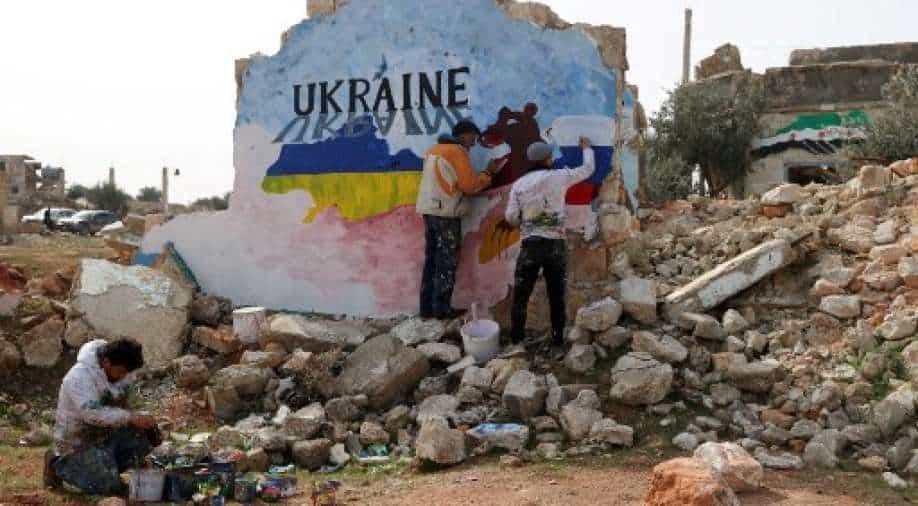 Syrian artists Aziz Asmar and Anis Hamdoun paint a mural amid the destruction, depicting the colours of the Russian and Ukrainian flags, to protest against Russia's military operation in Ukraine. Photograph:( AFP )

In a televised address marking International Women's Day on March 8, Putin said, 'Conscripted soldiers are not participating and will not participate in the fighting'

Russian President Vladimir Putin on Monday (March 7) said he will not send conscripts or reservists to fight in Ukraine and that "professional" soldiers fulfilling "fixed objectives" were leading the war.

In a televised address marking International Women's Day on March 8, Putin said, "Conscripted soldiers are not participating and will not participate in the fighting. There will not be additional conscription of reservists either."

Putin added, "The fixed objectives are only carried out by professional servicemen. I am sure they are guaranteeing security and peace for the Russian people in an effective manner."

In the latest development, Ukrainians boarded buses to flee the besieged eastern city of Sumy on Tuesday (March 8), the first evacuation from a Ukrainian city through a humanitarian corridor agreed with Russia.

Ukraine said a separate convoy of 30 buses was also headed to Mariupol to evacuate residents from that southern port, which has been encircled without food, water, power or heat and subjected to relentless bombardment for a week.

The United Nations said the number of refugees who have fled Ukraine had surged past two million, describing the flight as one of the fastest exoduses in modern times.

Ukraine's foreign ministry said in a tweet, "We have already started the evacuation of civilians from Sumy to Poltava, including foreign students. We call on Russia to uphold its ceasefire commitment, to refrain from activities that endanger the lives of people and to allow the delivery of humanitarian aid."