Officials hope the long-awaited exchange may help improve relations between the neighbours.

Russia and Ukraine carried out a long-awaited prisoner swap on Saturday (September 7). The step could thaw a deep freeze in relations since Moscow's annexation of the Crimea region in 2014. 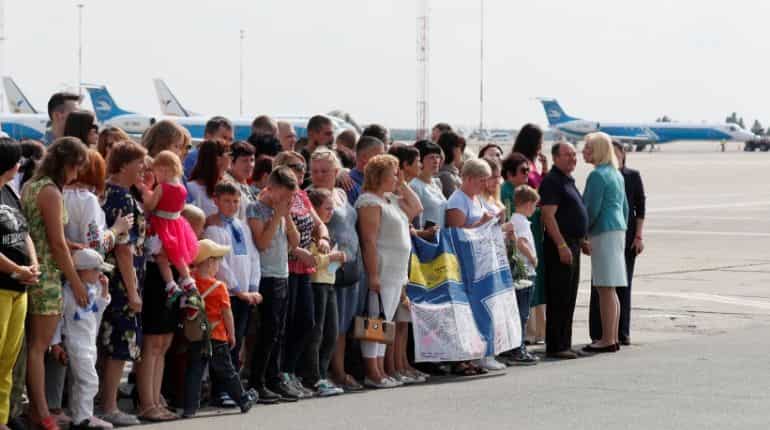 Ukrainian filmmaker Oleg Sentsov, whose arrest and imprisonment in Russia has been a rallying cry for the entertainment industry and human-rights groups worldwide, has been sent back to Ukraine as part of the exchange.

Sentsov was an outspoken opponent of Ukraine's former pro-Russian government and of Russia's annexation of Crimea. In May 2014, he was arrested by Russian authorities at his home in Crimea, jailed for a year in Moscow, then convicted by a military court of terrorist crimes - charges that critics say were trumped up. Sentsov was sentenced to 20 years in prison.

The Dutch government said that Ukraine has included a man suspected of involvement in the downing of a Malaysia Airlines flight over eastern Ukraine in 2014, which killed 298 people, in the swap with Russia. Volodymyr Tsemakh, whom Ukraine's security service has identified as a former commander of Russian-backed separatist forces in eastern Ukraine, was transferred to Russia in the exchange of prisoners between Moscow and Kiev, the Dutch Foreign Ministry said.

Dutch prosecutors had urged Kiev not to allow Tsemakh to travel to Russia, fearing this could jeopardize the investigation into Flight MH17. He was released on bail by a Ukrainian court on Thursday (September 5).