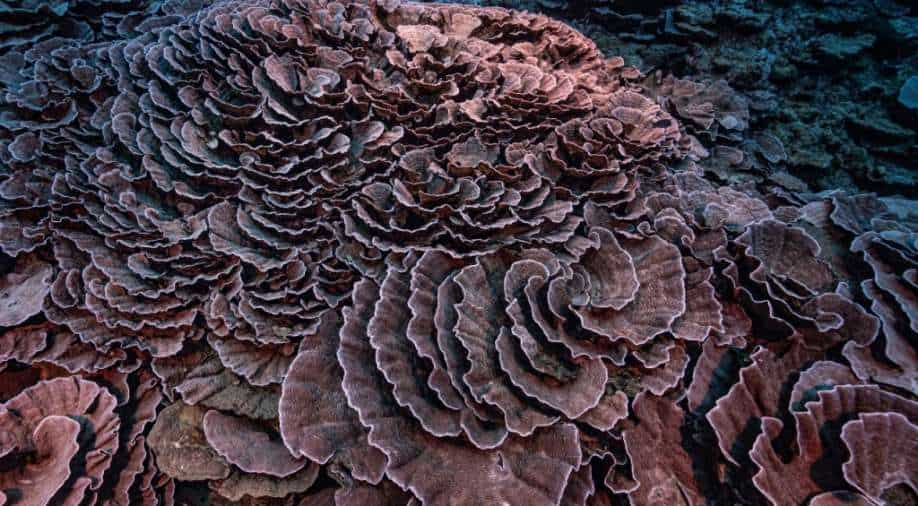 The discovery has been made by a team of international divers. French photographer Alexis Rosenfeld, who led the team deemed it as magical

In a recent discovery, scientists have found a "pristine" reef of giant rose-shaped corals. The 3-km reef has been discovered off the coast of Tahiti. The discovery has been made by a team of international divers. French photographer Alexis Rosenfeld, who led the team deemed it as magical. "It was magical to witness giant, beautiful rose corals which stretch for as far as the eye can see. It was like a work of art," he said.

A report by Reuters states that the reef took around 25 years to grow. Also, some of the rose shaped corals measure more than 2 metres in diameter.

As per scientists, the reef has not suffered any bleaching events. They further said that more reefs were likely waiting to be discovered at these depths.

This discovery gives light to the fact that there may be more such undiscovered reefs as only 20 per cent of the entire seabed is mapped. UNESCO's head of marine policy, Julian Barbiere while speaking to Reuters said, "It also raises questions about how coral reefs become more resilient to climate change. We know more about the surface of the moon or the surface of Mars than the deeper part of the ocean."

Coral reefs are considered to be among the ocean's most threatened ecosystems as they are very vulnerable to pollution and rising sea temperatures.

Prof Murray Roberts, a leading marine scientist from the University of Edinburgh, in a report by BBC said that the discovery makes it evident that there is a lot to be learnt about the ocean.

"We still associate corals with the shallowest tropical seas but here we find a huge previously unknown coral reef system.

"As shallow waters warm faster than the deeper waters we may find these deeper reef systems are refuges for corals in the future. We need to get out there to map these special places, understand their ecological role and make sure we protect them for the future."