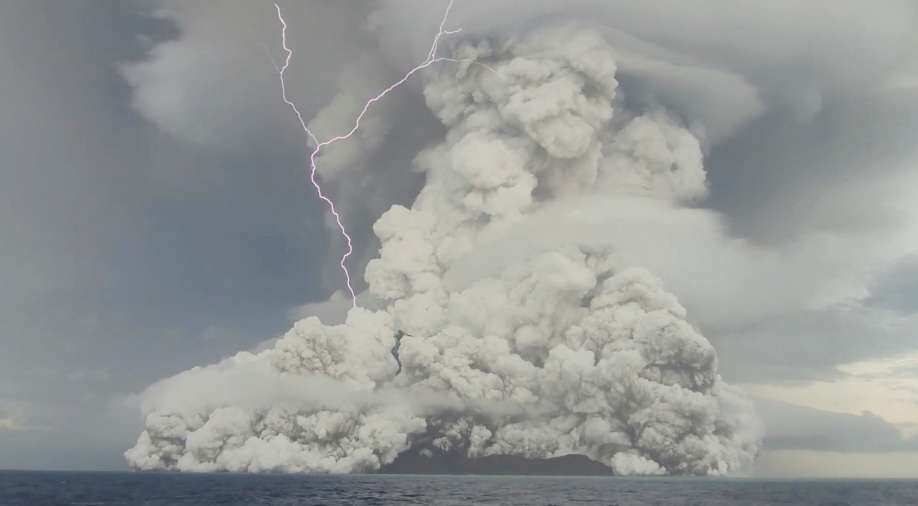 Eruption of the volcano and the subsequent tsunami sent Tonga, the South Pacific island nation in a disarray

The volcanic eruption on South Pacific island nation of Tonga and the subsequent tsunami have amounted to a major catastrophe for citizens. The volcano, which was erupting since December 2021 exploded violently on January 15, 2022. Hundreds of homes in Tonga have been destroyed and the island nation was even briefly cut off from rest of the world.

Now it has come to light that the volcanic eruption even sent 'atmospheric gravity waves' into space. These waves were detected by a NASA satellite. The waves radiated outwards in concentric circles around the volcano.

Nations have rushed to help the island nation. Japan and Australia have sent aid and relief materials. Boxes of drinking water were among the supplies loaded onto an aircraft parked on the tarmac of Komaki base in Japan

The Japanese government announced on Wednesday (January 19) it would provide at least $1 million in aid, as well as drinking water and equipment to clean the volcano ash in Tonga.