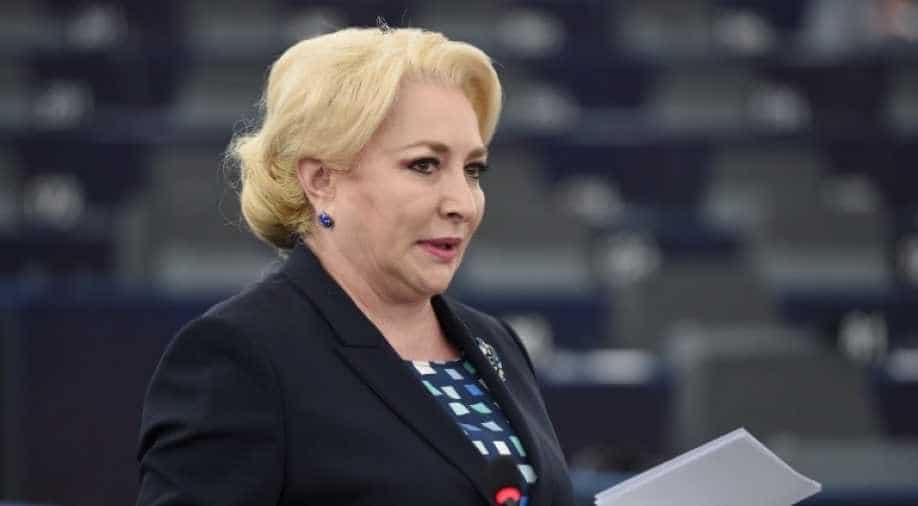 The opposition says the no-confidence motion has the support of at least 233 MPs in the 465-seat parliament, just enough to pass it, though some might yet side with the PSD, leaving the outcome in the balance.

Romania's beleaguered left-wing government risks collapse in a no-confidence vote Thursday, just weeks before a presidential election and amid controversy over the country's nominee for EU commissioner.

That followed hard on the heels of the PSD's shock losses in May's European Parliament elections and the jailing of its once all-powerful leader, Liviu Dragnea, on corruption charges.

The opposition says the no-confidence motion has the support of at least 233 MPs in the 465-seat parliament, just enough to pass it, though some might yet side with the PSD, leaving the outcome in the balance.

The motion demanding the government's sacking had received 237 signatures.

Dancila has since instructed her own party lawmakers to abstain from voting to prevent possible "betrayals" and has tried to woo support, promising to pay local communities 300 million euros this Friday to make sure their MPs back her.

Lawmakers likely to change sides have also been offered public service posts and spots on party lists for next year's legislative elections.

The result of the vote is eagerly awaited in Brussels after Dancila's candidate for EU commissioner was rejected. Newly-elected European Commission head, Ursula von der Leyen, has requested a replacement.

Dancila -- whose PSD has been in power since late 2016 but has seen massive protests over controversial judicial reforms -- is also due to run in presidential elections with the first round scheduled for November 10.

Incumbent centre-right President Klaus Iohannis already looks set to be re-elected for a second term, and an overthrow of Dancila's government would weaken her chances even further.

If the motion succeeds, Iohannis will consult parties before appointing a new prime minister to run the poor, corruption-plagued EU member until legislative elections scheduled for the end of next year.

Undermined by internal dissent, the opposition has so far failed to agree on an alternative candidate to Dancila.

One option is former transport minister Ludovic Orban, leader of the Liberals, which Iohannis used to head, but he enjoys far from unanimous backing.

Whatever the outcome of the vote, the government -- current or new -- will have the delicate task of writing the budget for 2020, complicated by an explosion of public spending in recent months as the PSD struggles to stay in power.

The International Monetary Fund has already warned that Romania risks surpassing the three percent public deficit ceiling imposed by the EU, urging Bucharest to give up on a PSD promise of doubling pensions by 2022.