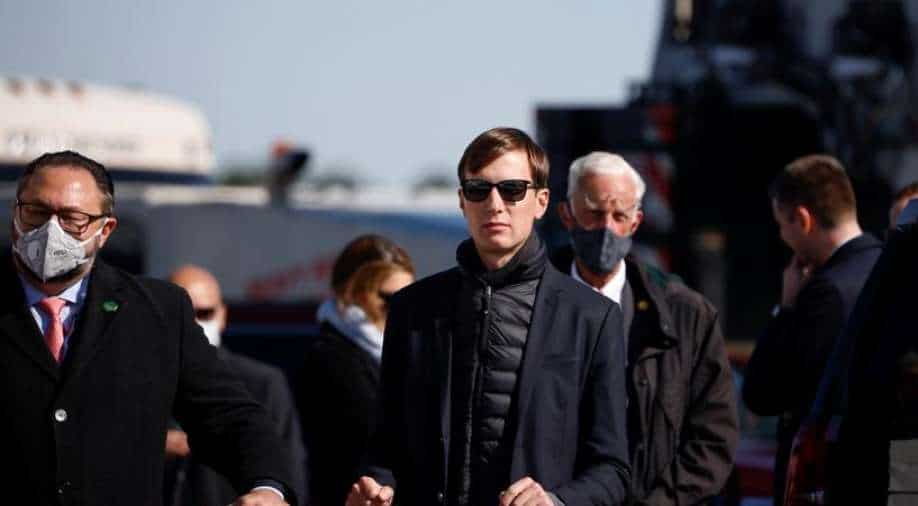 The New York Times first reported Lowell and Broidy's roles in the case on Thursday evening.

A former Trump fundraiser and a prominent lawyer have been scrutinised by the US Justice Department for their respective roles in what is being described as a possible bribery scheme to win a presidential pardon for a convicted felon.

The New York Times first reported Lowell and Broidy's roles in the case on Thursday evening.

Lawyer Abbe Lowell's attorney and friend Reid Weingarten said his client was never a target or subject in the Justice Department's inquiry, while former fundraiser Elliot Broidy's attorney William Burck said his client was "not under investigation and has not been accused by anyone of any wrongdoing whatsoever."

A federal judge had earlier released a heavily redacted document which revealed that the Justice Department had obtained possible evidence of a bribery scheme in which someone “would offer a substantial political contribution in exchange for a presidential pardon or reprieve of sentence.”

The Justice Department had to ask the judge's permission to view certain emails between a lawyer and clients. The judge granted the request in August. At the time, US President Donald Trump described the investigation as "Fake News!" on Twitter.

In October, Broidy pleaded guilty in a separate case to illegally lobbying Trump to drop an investigation into a Malaysian embezzlement scandal.

Nothing in those court documents in Broidy's case made reference to conduct concerning the pardon bribery probe. Broidy's attorney Burck said his client's only role in the matter was putting Diller in contact with Lowell.

"Abbe's lawyering was utterly normal," Weingarten told Reuters in an interview on Thursday. "Not exciting, not interesting and not successful. But by the book. There was no bribe, there was no promise of a bribe, and there was no clemency. There was not relief. The guy went to jail."

The filing indicates that the lobbyists and lawyers contacted White House officials requesting a presidential pardon or reprieve, citing the "past substantial campaign contributions" and "anticipated future substantial political contributions" from a donor.

It suggests that the donor is making the offer on behalf of the person seeking clemency.

The document does not indicate when the actions involved took place, and, in the sections not redacted, there is no reference to current President Donald Trump or to his campaign.

There is also public discussion of Trump issuing a pardon for himself, for any crimes he might be charged with related to his time in office -- though the legality of that has never been tested.