Rishi Sunak would be a better prime minister for UK than Boris Johnson: Poll 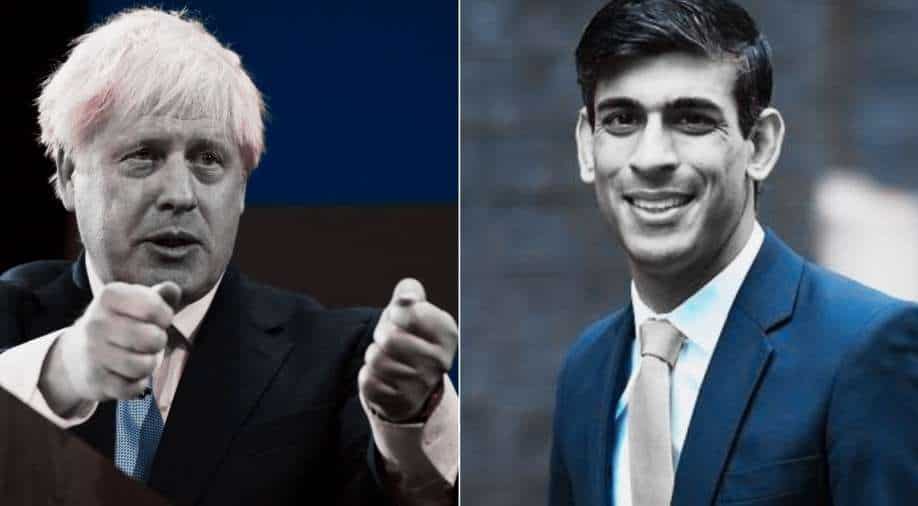 Guess, who are the frontrunners to replace Prime Minister Boris Johnson?. Photograph:( Reuters )

As per the survey, 46 per cent think that Finance Minister Rishi Sunak would win more seats in the next election

After helping the Conservatives win a large majority in the 2019 election, UK Prime Minister Boris Johnson has been facing increased grumblings of discontent within his party by the lawmakers and also common people in the country have been criticising him over a range of issues.

Handling of the coronavirus (COVID-19) pandemic, reported Downing Street garden parties during the lockdown, questions over who funded a pricey refurbishment of his apartment and the chaotic troops withdrawal from Afghanistan are some of the hot topics that have marred Johnson's tenure so far.

His popularity has seen a dip in the country and now a latest poll shows that nearly half of all Conservative members believe UK's Finance Minister Rishi Sunak would make a better Prime Minister than Johnson and they also think he could win more seats at the next election.

An exclusive poll for Sky News named YouGov assessed data after a survey of 1,005 Tories, which took place between December 30 and January 6. As per the survey, 46 per cent think that Sunak would win more seats in the next election and almost four in 10 say they think Boris is doing a bad job as the country's Prime Minister.

However, some breather for PM Johnson as amid the growing concerns, a majority still supports him with 59 per cent saying he should remain as leader, compared to the 34 per cent who want him to stand down. But is 59 a good percent for the Conservatives ahead of the next election?.

ALSO READ | COVID-19: Is 'Deltacron' a new variant? A UK virologist explains what it could possibly be

The poll reflects the mood of Johnson's lawmakers amid the ongoing controversies. But will there be any leadership challenge in the country? Yes, it can be triggered if 15 per cent of Conservative members of parliament (MPs) write letters demanding a confidence vote to the chairman of the party's "1922 Committee", which represents lawmakers who have no government jobs.

Who could replace Johnson?

Possible replacements of Boris Johnson are Sunak, who has had a high profile role in publicising the government's support for the economy during the COVID-19 pandemic and foreign minister Liz Truss, who is popular among grassroots party members.