COVID-19: Is 'Deltacron' a new variant? A UK virologist explains what it could possibly be 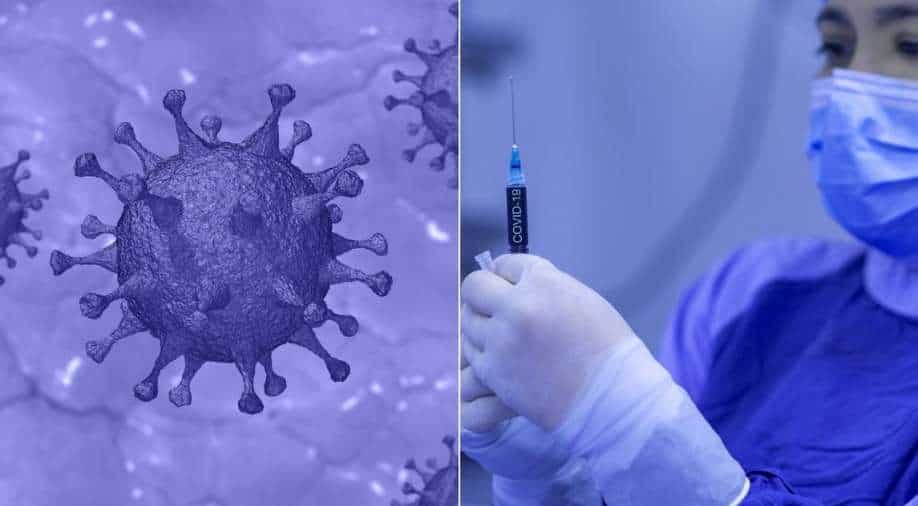 The new variant was not something to worry about at the moment, Cyprus Health Minister Michalis Hadjipandelas was quoted as saying. Photograph:( Others )

After reports emerged that a new coronavirus (COVID-19) variant 'Deltacron' has been detected by a scientist in Cyprus, a UK-based virologist has refuted the claims, terming it a "lab contamination" and not a new strain. So far, the World Health Organization (WHO) has not commented on this development.

Tom Peacock, who is a virologist at the Imperial College London, said that the Cypriot 'Deltacron' appears to be quite clearly "contaminated".

COVID-19 cases are rising globally, largely fuelled by the 'variant of concern' Omicron, which was detected last year in late November.

ALSO READ | Omicron 'ray of light' amid pandemic? Here is what an expert says

Some countries like the United States, the United Kingdom, some European and South African countries have seen a sharp rise in hospitalisation due to the Omicron variant.

However, some scientists have termed it as a "mild variant" because the death rate is low as compared to previously known lethal variants.

Commenting on the reports of 'Deltacron', Peacock said in a Twitter thread on Sunday (January 9), "When new variants come through sequencing lab contamination isn't that uncommon (very very tiny volumes of liquid can cause this) - just usually these fairly clearly contaminated sequences are not reported by major media outlets."

I should add as well - this is not really related to 'quality of the lab' or anything similar - this literally happens to every sequencing lab occasionally! This is particularly true with high ct value swabs (ie low levels of virus) and using older primer sets.

Peacock said that Omicron has likely not circulated for long enough, in a large enough population, to produce a true recombinant. He explained that true recombinants don't tend to appear until a few weeks/months after there's been substantial co-circulation.

"We're only a couple of weeks into Omicron - I really doubt there are any prevalent recombinants yet," he said, adding that the genetic details of 'Deltacron' published on the GISAID database also do not resemble a recombinant.

Earlier, Leondios Kostrikis, the head of the laboratory of biotechnology and molecular virology at the University of Cyprus, claimed that his team has detected a new variant "Deltacron" in 25 people.

According to Kostrikis, of the 25 samples taken in Cyprus, 11 were hospitalised due to the virus, while 14 were from the general population.

However, the new variant was not something to worry about at the moment, Cyprus Health Minister Michalis Hadjipandelas was quoted as saying.