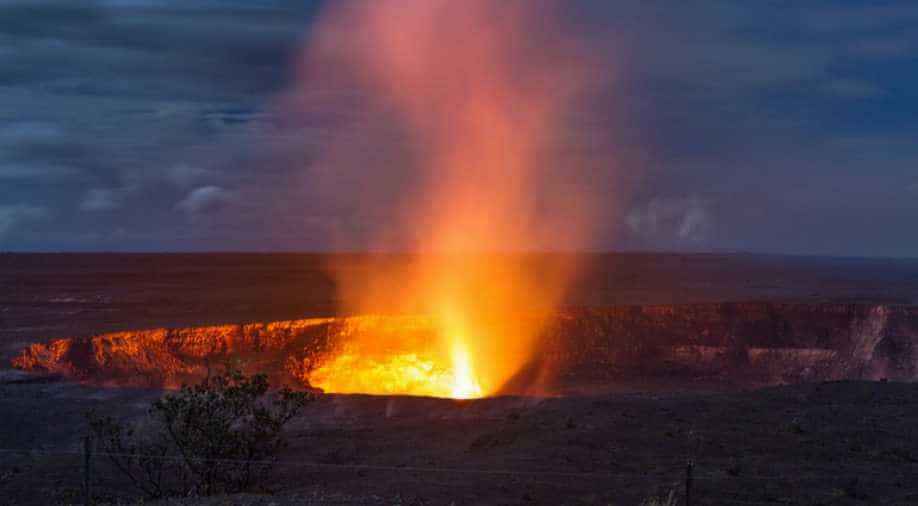 Mount Ulawan displaced between 7,000 and 13,000 people the last time that it erupted.

Mount Ulawan, situated on the remote Bismarck Archipelago chain, displaced between 7,000 and 13,000 people from their homes when it last erupted in June.

Seismic activity started at midday on Monday before the volcano erupted at about 4:30 am Tuesday, according to Rabaul Volcano Observatory assistant director Ima Itikarai.

"It was noiseless and in the dark just before dawn; the eruption was visible (with) a distinct shard (of) red incandescent glow shooting up less than 100 metres from the base," he told AFP.

As light dawned, billowing clouds of grey ash could be seen rising several hundred metres into the sky, he said, while local Chris Lagisa said residents could hear the noise of gushing gas and flowing lava.

While most people affected by the previous eruption had remained at evacuation centres, an official with the West New Britain Disaster Office said a number who had returned to tend to their homes and gardens at the base of the volcano had to be evacuated again.

The volcano is one of the world's most hazardous, featuring on a list of 16 "Decade Volcanoes" targeted for research because they pose a significant risk of large, violent eruptions.