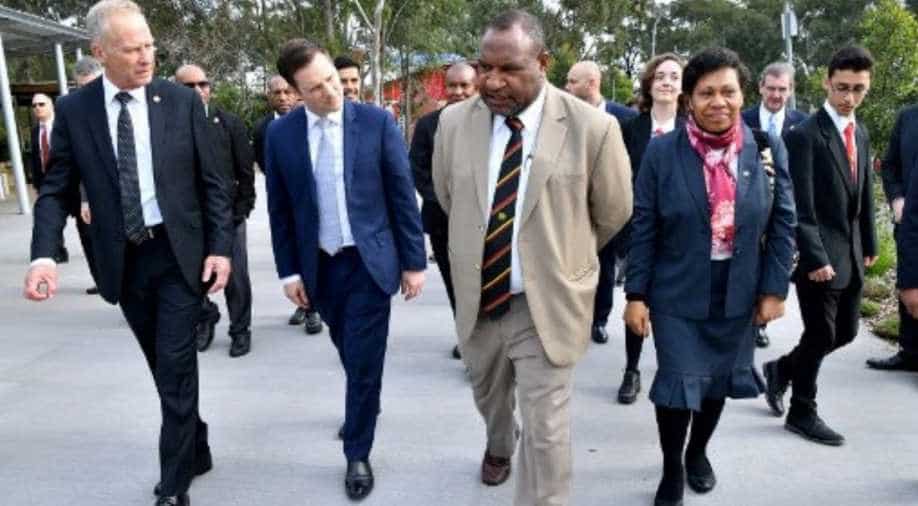 The case adds to political turmoil that has delayed progress on two important resources projects in PNG this year, a $13 billion plan to double its gas exports.

Papua New Guinea's Supreme Court is set to hear a challenge to the election of Prime Minister James Marape on September 20, a lawyer for opposition leader Patrick Pruaitch, who took the issue to court, said on Friday.

The case adds to political turmoil that has delayed progress on two important resources projects in PNG this year, a $13 billion plan to double its gas exports, led by Exxon Mobil Corp and Total SA, and plans to build a major new gold mine, Wafi-Golpu, led by Newcrest Mining.

Marape was voted in by parliament as prime minister in May, days after his predecessor, Peter O'Neill, quit after losing support from his own party over a range of grievances, including a gas deal with France's Total.

During the process of electing a new prime minister, opposition leader Pruaitch nominated O'Neill for the post but the nomination was withdrawn by the speaker of Parliament.

Pruaitch referred the issue to the Supreme Court, contending that the nomination process was improperly handled, invalidating Marape's election.

"The court declared yesterday that Pruaitch has the standing to bring such constitutional challenge and given the urgency of the matter, we asked the court to have the matter fixed as a special fixture for hearing," said Phillip Tabuchi, a lawyer for Pruaitch said in an email to Reuters.

The hearing has been fixed for September 20 before the full bench of PNG's Supreme Court, he said.