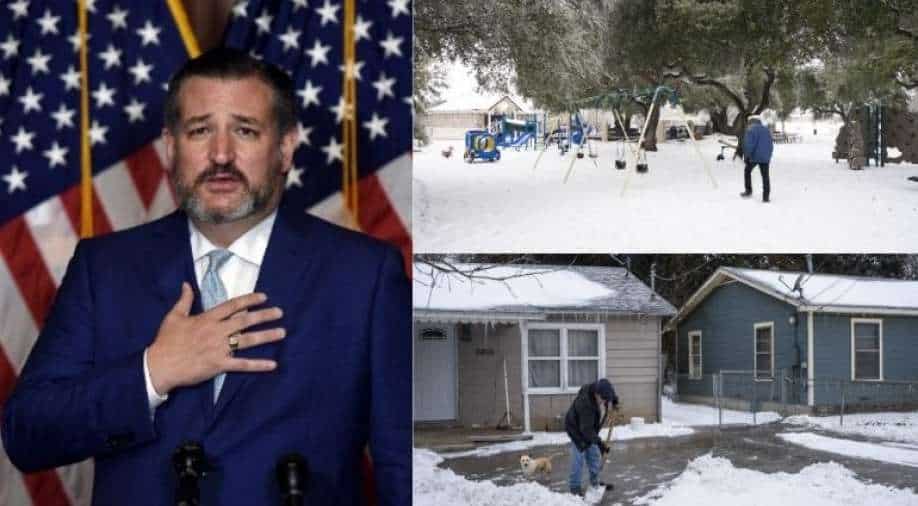 The lack of power has cut off water supplies for millions, further strained hospitals' ability to treat patients amid a pandemic in Texas

Thousands still remain without power and water as icy storms hit Texas the state while Texas Governor Greg Abbott said on Thursday that all power generating plants in the state were back online.

At least 3,000 households still do not have power, down from 2.7 million on Wednesday, and more than 13 million Texans have been witnessing interruptions in their water services.

"We have already begun the process to make sure that events like this never again happen in Texas, and reforms start with electric reliability in Texas, what happened this week to our fellow Texans is absolutely unacceptable and can never be replicated again," Abbott said.

Texas governor also raised eyebrows when he went on American TV and blamed renewable energy like wind and solar for the power failure and it is not just the governor who has come under fire for his handling of the situation.

US Senator Ted Cruz faced heavy backlash after he was spotted flying out to Cancun with his family in the middle of the crisis. The Republican then cut his trip short after his travels were reported and said he was returning to get to the bottom of what happened.

"It was obviously a mistake, and in hindsight, I wouldn't have done it. I was trying to be a dad and all of us have made decisions. When you got two girls who have been cold for two days and haven't had heat or power, and they're saying, hey, look, we don't have school, why don't we go, let's get out of here," Cruz said.

"I think there are a lot of parents that'd be like, all right, let me if I can do this, great that's what I wanted to do!  It had been my intention to be able to work remotely, to be on the phone, to be on the internet, to be on zoom, to be engaged but I needed to be here and that's why I came back," he said.

The lack of power has cut off water supplies for millions, further strained hospitals' ability to treat patients amid a pandemic, and isolated vulnerable communities with frozen roads still impassable in many parts of the state.