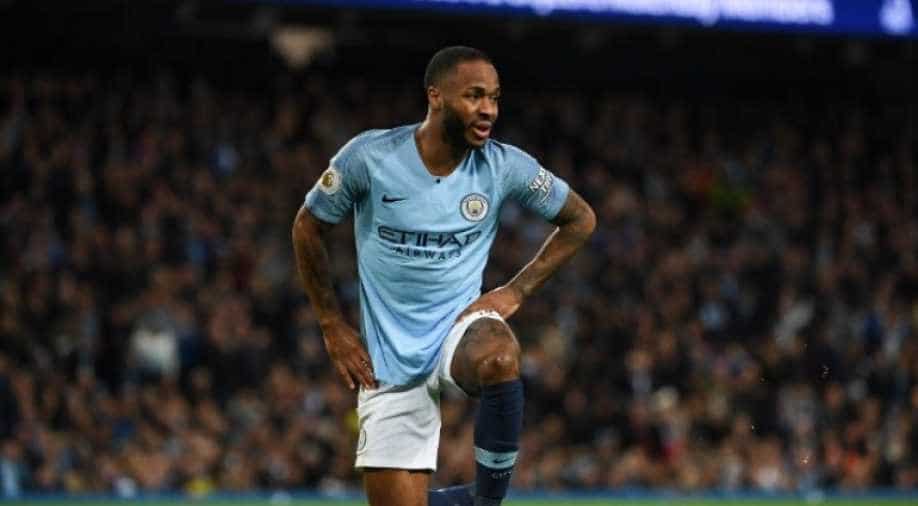 Sterling,  posted on Instagram on Sunday, referencing a story from January about City teammate Tosin Adarabioyo reportedly buying an expensive house despite never having started a Premier League match.

Chelsea and the police are investigating the incident at Stamford Bridge on Saturday, which was highlighted on social media.

Sterling, 24, posted on Instagram on Sunday, referencing a story from January about City teammate Tosin Adarabioyo reportedly buying an expensive house despite never having started a Premier League match.

"The young black kid is looked at in a bad light. Which helps fuel racism and aggressive behaviour," Sterling wrote.

"So for all the newspapers that don't understand why people are racist in this day and age all I have to say is have a second thought about fair publicity and give all players an equal chance."

Sterling received a barrage of abuse from home supporters as he retrieved the ball from behind the goal during the first half of the Premier League match at Stamford Bridge, which City lost 2-0.

The England international said he was not surprised by the behaviour of the fans but did not elaborate on what was said.

"I just want to say, I am not normally the person to talk a lot but when I think I need my point heard I will speak up," he posted.

"Regarding what was said at the Chelsea game, as you can see by my reaction I just had to laugh because I don't expect no better."

While the article about Adarabioyo focuses on how he spent £2.25 million ($2.9 million) on a property without making a top-flight appearance, midfielder Foden, 18, is described as having "set up a future".

"You have two young players starting out their careers both play for the same team, both have done the right thing, which is buying a new house for their mothers who have put in a lot of time and love into helping them get where they are," said Sterling.

"I think this is unacceptable, both innocent, have not done a thing wrong but just by the way it has been worded."

Treated as a scapegoat during England's disastrous Euro 2016 campaign, he dubbed himself "The Hated One" on Instagram.

Sterling was widely criticised again ahead of this year's World Cup in Russia for having a tattoo of a gun on his leg.

He explained it was a tribute to his father, who was shot dead in his birthplace of Jamaica when Sterling was just two years old.