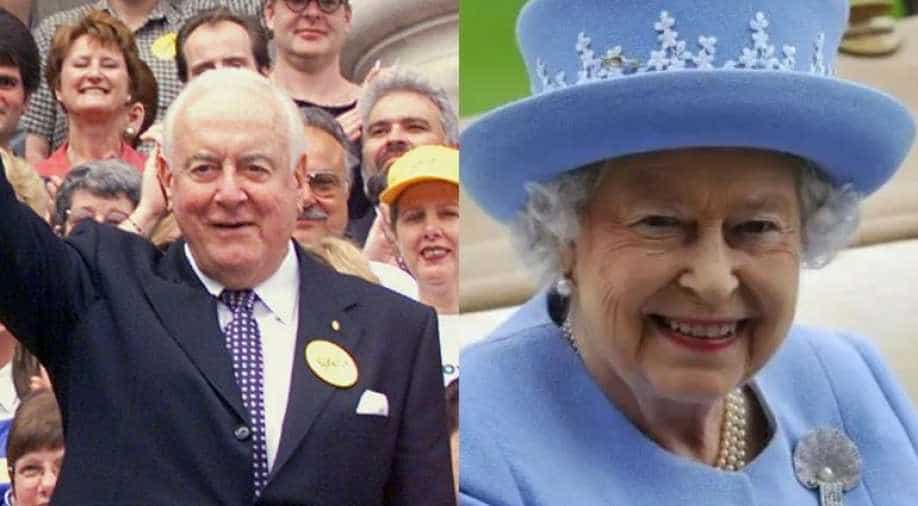 Whitlam’s firing remains one of the country’s most polarising political events because it represented an unprecedented level of intervention by the Commonwealth.

Queen Elizabeth II was not informed in advance about the 1975 dismissal of Australia's prime minister by her representative in country, letters kept secret for decades and released Tuesday revealed.

Also read: Queen's letters on Australian PM's sacking to be released in full

In May the High Court ruled more than 200 letters between the queen's private secretary and Kerr, including many addressing the controversial affair, should be made public.

''I decided to take this step ... without informing the Palace in advance,'' Kerr wrote to former private secretary Martin Charteris on the day of Whitlam’s dismissal.

''It was better for Her Majesty not to know in advance, though it is ... my duty to tell her immediately,'' Kerr added, according to the documents.

Suspicion the palace played a direct role in Whitlam's ouster has long been cited by Australian Republicans arguing the country should break with the monarchy.

The release of 211 so-called ''palace letters'' pulls the veil from one of the great mysteries of Australian politics, and may reignite a conversation about whether the country should cut ties with Britain and become a republic.

The letters confirm the palace knew Kerr had been considering the options available to him under his Constitutional "reserve powers", which included dismissing Australia's leader, an action no other governor-general has taken before or since.

Whitlam’s firing remains one of the country’s most polarising political events because it represented an unprecedented level of intervention by the Commonwealth.

Historians say the country was never told the full story, and in 2016 a historian sued the National Archives of Australia for access to letters between Kerr and the queen. The lawsuit failed on grounds that the letters were private, but the High Court overturned the ruling in May.

The letters show Kerr and Buckingham Palace discussed the political crisis gripping the country, and Kerr’s role in it, for two months before Whitlam’s sacking as the prime minister tried to get parliament to approve his Budget.