Putin oversees military drills, US says Russia can attack Ukraine 'at any time' 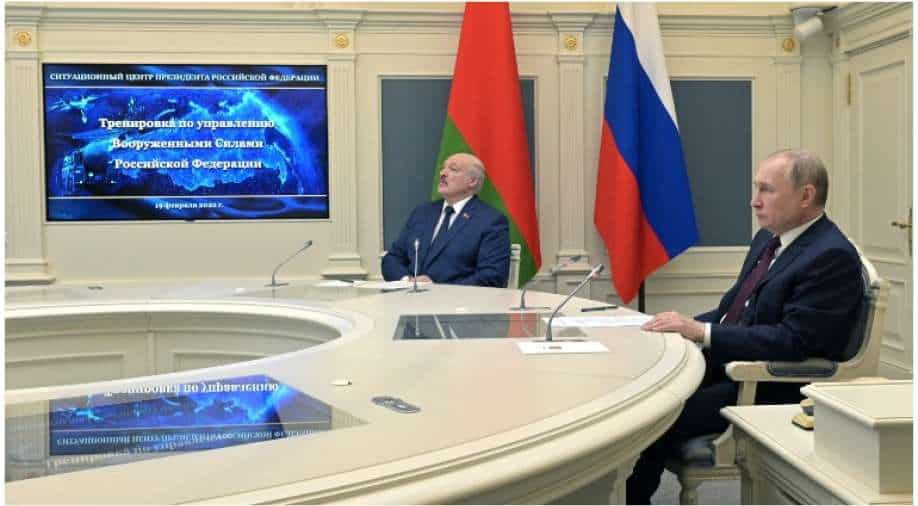 The White House said that US President Joe Biden's national security team told him they still believed Russia could launch an attack in Ukraine "at any time" and he planned to convene his top advisers on Sunday to discuss the crisis.

Foreign ministers from the G7 group of rich nations said they had seen no evidence Russia is reducing its military activity in the area and remained "gravely concerned" about the situation.

Kyiv and Moscow have traded accusations over fresh shelling near th border. France and Germany have urged all or some of their citizens in Ukraine to leave.

US Secretary of Defence Lloyd Austin has said that Russian forces were beginning to 'uncoil and move closer' to the border.

"We hope he (Putin) steps back from the brink of conflict," Austin told a news conference in Lithuania, saying an invasion of Ukraine was not inevitable.

Russia ordered the military build-up while demanding NATO prevent Ukraine from ever joining the alliance but says Western warnings that it is planning to invade Ukraine are hysterical and dangerous. Moscow says it is pulling back, but Washington and allies say the build-up is mounting.

Washington and NATO say Moscow's main demands are non-starters, but in Ukraine fears are growing over Putin's plans.

Venting his frustration at a security conference in Munich, Ukrainian President Volodymyr Zelenskiy said the global security architecture was "almost broken". He urged the permanent members of the U.N. Security Council, Germany and Turkey to meet to draw up new security guarantees for his country.

"The rules that the world agreed on decades ago no longer work," Zelenskiy said. "They do not keep up with new threats ... This is a cough syrup when you need a coronavirus vaccine."

World Bank President David Malpass told Zelenskiy on Saturday the bank was readying funding to Ukraine of up to $350 million.