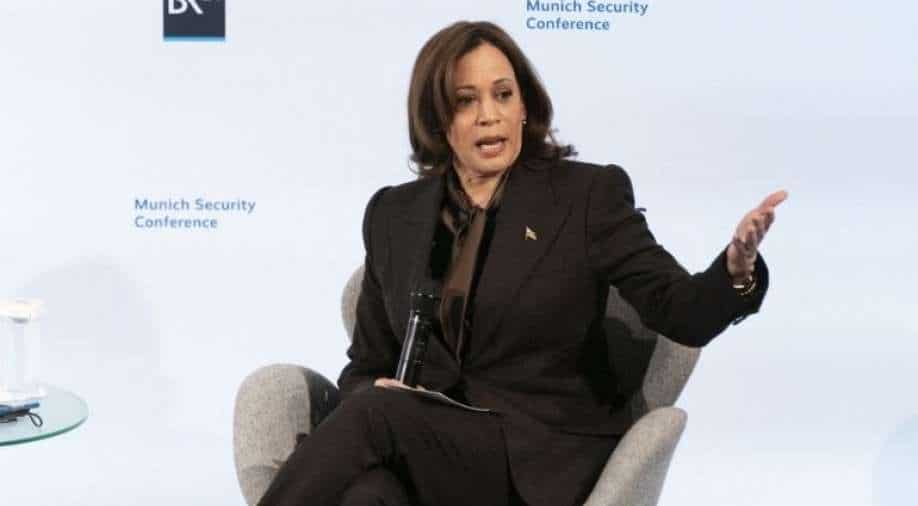 The United States will not stop with economic measures, but will further reinforce the eastern flank of NATO, Harris said at the Munich Security Conference, which she attended in person

US Vice President Kamala Harris said on Saturday that any Russian invasion in Ukraine will invite not only damaging economic sanctions but also a bolstered NATO on Europe's eastern flank.

"We have prepared economic measures that will be swift, severe, and united," Harris said. "We will target Russia's financial institutions and key industries."

The United States will not stop with economic measures, but will further reinforce the eastern flank of NATO, Harris said at the Munich Security Conference, which she attended in person.

The United States and European countries remain on high alert should Russia create a pretext for invasion. Her comments appeared aimed at sending Putin a message the crisis has bolstered the 30-country NATO alliance's resolve to push back against any Russian aggression.

With an estimated 150,000 Russian troops now posted around Ukraine’s borders, the long-simmering separatist conflict could provide the spark for a broader attack.

Ukraine’s military said shelling killed a soldier Saturday in the government-held part of the Donetsk region and that separatist forces were placing artillery in residential areas to try and provoke a response.

On Friday, the rebels began evacuating civilians to Russia with an announcement that appeared to be part of their and Moscow’s efforts to paint Ukraine as the aggressor.

US President Joe Biden said late Friday he was now “convinced” that Russian President Vladimir Putin has decided to invade Ukraine and assault the capital, Kyiv.

Meanwhile, the Kremlin announced that it would conduct massive nuclear drills Saturday, and Putin pledged to protect Russia’s national interests against what it sees as encroaching Western threats.

Biden reiterated his threat of crushing economic and diplomatic sanctions against Russia if it does invade Ukraine, and pressed Putin to reconsider.

Immediate worries focused on eastern Ukraine, where Ukrainian forces have been fighting the pro-Russia rebels since 2014 in a conflict that has killed some 14,000 people.

Violations of a 2015 ceasefire agreement, including shelling and shooting along the line of contact, have been common.