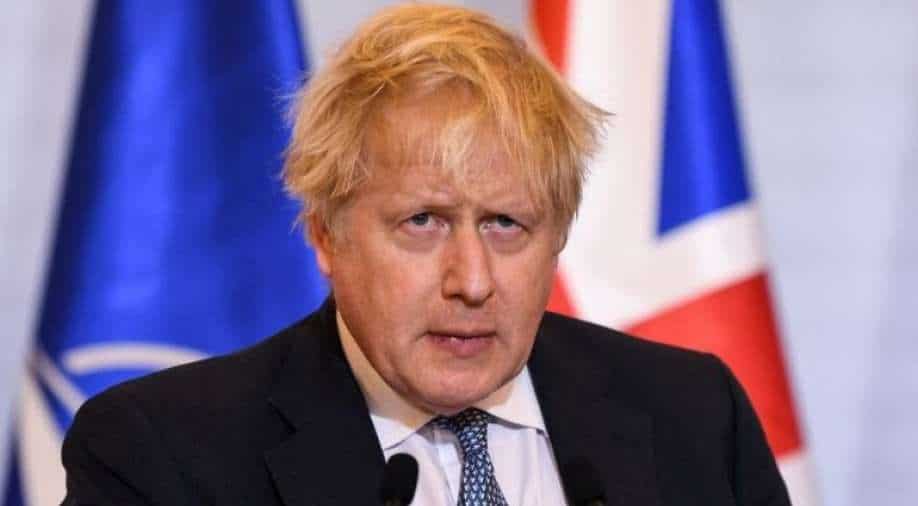 Prime Minister Boris Johnson's official spokesman told reporters separately: "Countries can adapt to sanctions over time so it's right that we continue to move forward on this.  Photograph:( Reuters )

He has demanded Western unity over Russia's threats to Ukraine, warning any invasion would send a 'shock' around the world including in Asia

UK Prime Minister Boris Johnson has said that he sees a to Taiwan if the West does not support Ukraine.

He has demanded Western unity over Russia's threats to Ukraine, warning any invasion would send a "shock" around the world including in Asia.

"We do not fully know what President Putin intends, but the omens are grim," Johnson told a security conference in Munich.

"People would draw the conclusion that aggression pays, and that might is right."

Taiwan and China split during a civil war in 1949, but China claims the island as its own territory. Beijing has used diplomatic and military means to isolate and intimidate the self-ruled island, but the US has continued to support Taiwan by selling it advanced weapons and fighter planes.

With an estimated 150,000 Russian troops posted around Ukraine’s borders, US and European officials warn that the long-simmering separatist conflict in eastern Ukraine could provide the spark for a broader attack.

Separatists in the Luhansk and Donetsk regions that form Ukraine’s industrial heartland known as the Donbas said they are evacuating civilians to Russia. The announcement appeared to be part of Moscow’s efforts to counter Western warnings of a Russian invasion and to paint Ukraine as the aggressor instead.

Russian success in such an invasion would send the message to every other power that "aggression pays and that might is right", he said, urging Europe to commit to "strategic endurance" in its energy policy, diplomacy and military budgets.

But should an invasion happen, Britain stands ready with the United States and European Union to impose a punishing package of sanctions, Johnson said.

"We will sanction Russian individuals and companies of strategic importance to the Russian state, and we will make it impossible for them to raise finance on the London capital markets," he said.

Johnson said Western nations had repeatedly told Ukraine that they would support its independence.

"How hollow, how meaningless, how insulting those words would seem, if at the very moment when their sovereignty and independence is imperilled, we simply look away," he said.