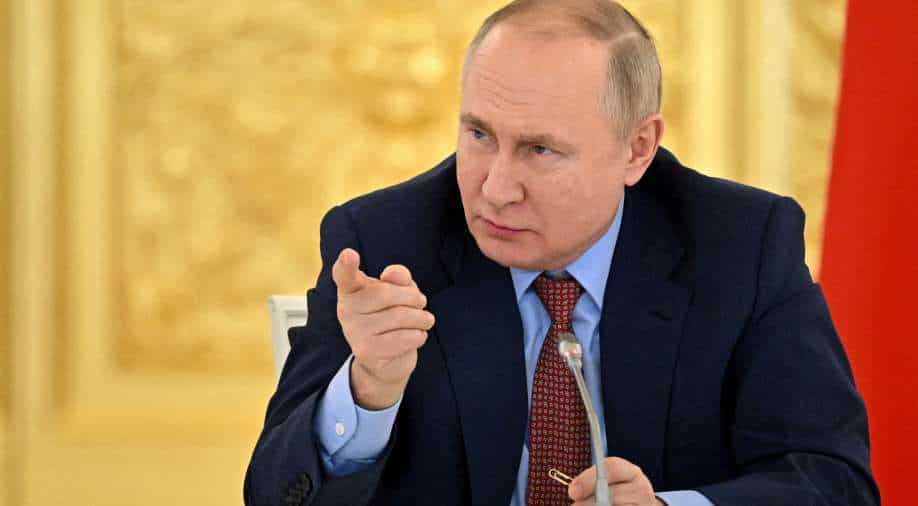 As the UNSC conducted an emergency session on the Ukraine crisis, Russian President Putin appeared on state television and declared he had authorised "special operation" to "protect Donbass" while urging Ukrainian forces to "lay down arms".

"Entire course of events, information analysis shows clashes between Russia, nationalistic forces in Ukraine are inevitable and a matter of time," Putin said.

The Russian president said leading NATO member countries supported neo-Nazis in Ukraine while adding that he has "no plans to occupy Ukraine".

"Russia does not have a single opportunity other than to defend itself, it will use it," Putin declared on state TV.

Putin added that Russia will seek to demilitarise Ukraine and will "immediately respond to any external threat".

At the same time, Putin said, "Russia's policy is based on freedom, this right should be enjoyed by everyone, including residents of Ukraine."

"I have made the decision of a military operation," Putin said in a surprise statement on television.

"In this regard, in accordance with Article 51, Part 7 of the UN Charter with the sanction of the Federation Council and in pursuance of the friendship and mutual assistance treaties with the DPR and LPR, ratified by the Federal Assembly, I have decided to conduct a special military operation," the Russian president said.

Also Read in Pics: Who is the real Mr Putin? Meet the judo fighter who worked for the KGB

"Crimeans made their choice, our actions are self-defence against threats being created, I call for interaction," he said.

"NATO's war machine is moving, approaching Russia's borders closely," Putin asserted while adding that, Russia has been trying for 30 years to negotiate NATO's non-expansion to the east but faced deceit and attempts of blackmail."

"NATO has an impudent manner of speaking from a position of own exclusivity," Putin added.

Putin vowed to retaliate against "interference" with Russia's Ukraine operation. "Politics is a dirty business but NATO's actions are contrary to morality."