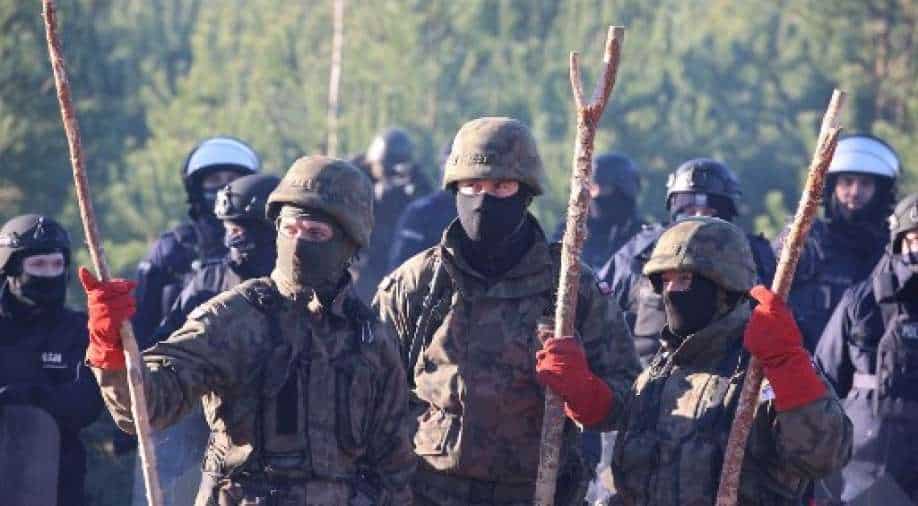 Russian President Putin spoke to Belarus President Lukashenko as thousands of migrants sought to enter Poland triggering a crisis at the border.

Poland had sealed the border to stop migrants entering the country as it deployed military personnel. Putin and Lukashenko reportedly discussed the migrant standoff at the Polish border.

Belarus accused Poland of deploying troops without warning. The migrants mainly from the Middle East had earlier tried to break the border fence as Polish President Andrzej said: "The Belarusian regime is attacking the Polish border."

Belarus foreign ministry warned against any "provocations" by the Polish side as tensions escalated between the two countries.

Polish Prime Minister Mateusz Morawiecki added that Belarus was engaging in a "hybrid attack" as he defiantly maintained that the country won't be "intimidated and will defend peace in Europe with our partners from NATO and EU."

Relations between Belarus and the EU have been on tenterhooks amid sanctions over Lukashenko’s human rights record and elections conducted last year which had led to large scale protests.

Also Read: Belarus may turn into joint military base with Russia, says Lukashenko

Poland's defence ministry had said that migrants who have set up camp in the Kuznica region were being "guarded" by Belarusian services even as Germany appealed to the EU to take action.

Amid the unfolding crisis, Polish authorities said at least seven migrants had died.