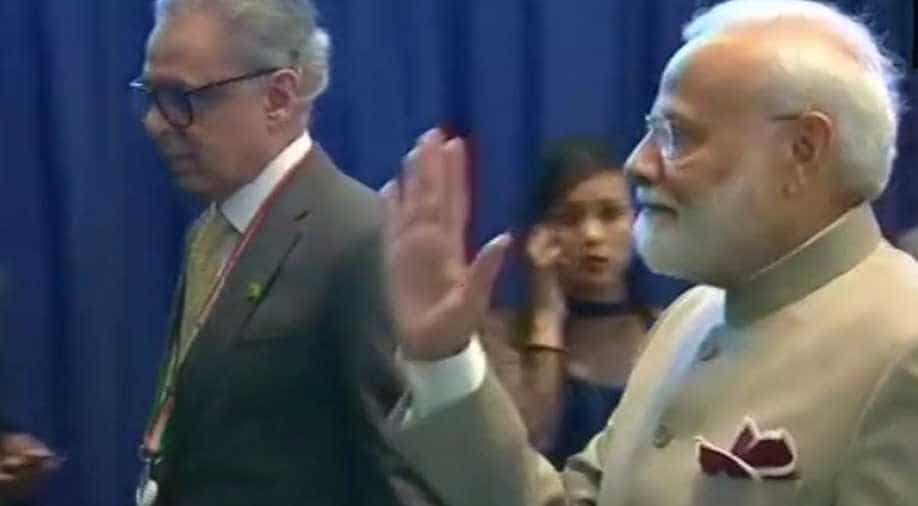 PM Modi will take part in a climate summit and also address the UN General Assembly.

All eyes will be on New York today where it is going to be a busy week for Prime Minister Narendra Modi with several bilateral meetings planned. PM Modi will take part in a climate summit and also address the UN General Assembly.

The summit is being held before the second mega meeting of the international solar alliance to be held in New Delhi. At least, 66 nations have vowed to achieve net zero carbon dioxide emissions by 2050, as a vital goal in preventing catastrophic long term climate change.

PM Modi, along with the then French President Francois Hollande had jointly inaugurated the solar summit in Paris, on the sidelines of Cop-21 UN climate conference.

The Indian prime minister had a busy Sunday during the 'Howdy, Modi' event at Houston where he was joined by US President Donald Trump.

PM Modi during his address raised the Article 370 issue in the presence of Trump as the crowd gave a standing ovation for scrapping article 370 in Jammu and Kashmir. Prime minister Modi's address in Houston drew loud cheers from the 50 thousand stong Indian-American community.