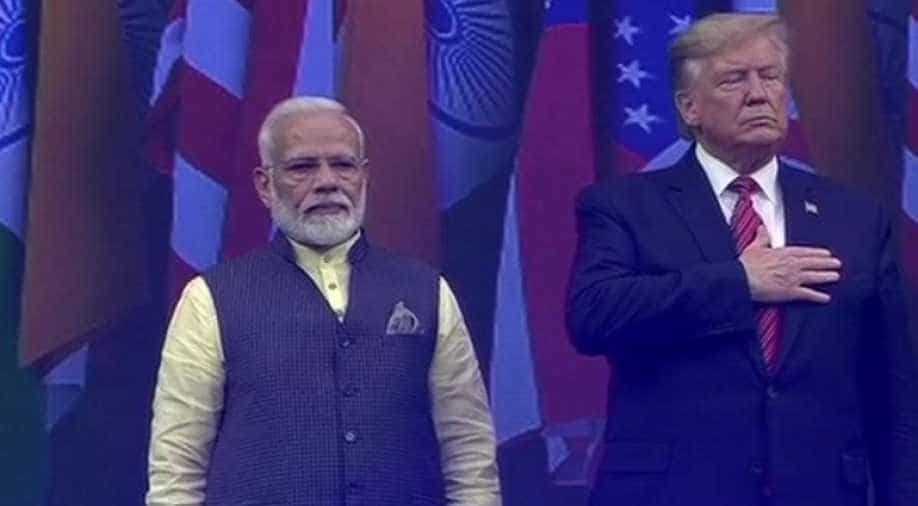 Trump received a standing ovation from the Indian-American community over his remark against terrorism.

US President Donald Trump on Sunday said that India and the US are committed to eradicate Islamic terrorism and to protect innocent civilians.

Addressing the issue of terrorism during the gala-event of 'Howdy Modi!' that was attended by more than 50,000 people in Houston, Trump stated that India and the US stand proudly in defence of liberty and "we are committed to protect innocent civilians from the threat of radical Islamic terrorism."

"To keep our communities safe, we must protect our borders Border security vital to the USA," he added.

Trump received a standing ovation from the Indian-American community over his remark.

The US President's comment holds importance as India last month reorganised Jammu and Kashmir to safeguard the region from the Pakistan-sponsored terrorism.

Trump also exuded confidence in the Prime Minister and said that Modi is doing a great job with the people of India.

"To keep our security safe we must protect our borders. Border security is vital to the two countries," he added.

He also said that the US has also increased its defence sales to India. India and America will also increase its space cooperation, the President assured, adding that the two countries will also hold a tri-service military exercise in November.

Upon his arrival, Trump was welcomed by PM Modi who hailed the US President for his sense of leadership.