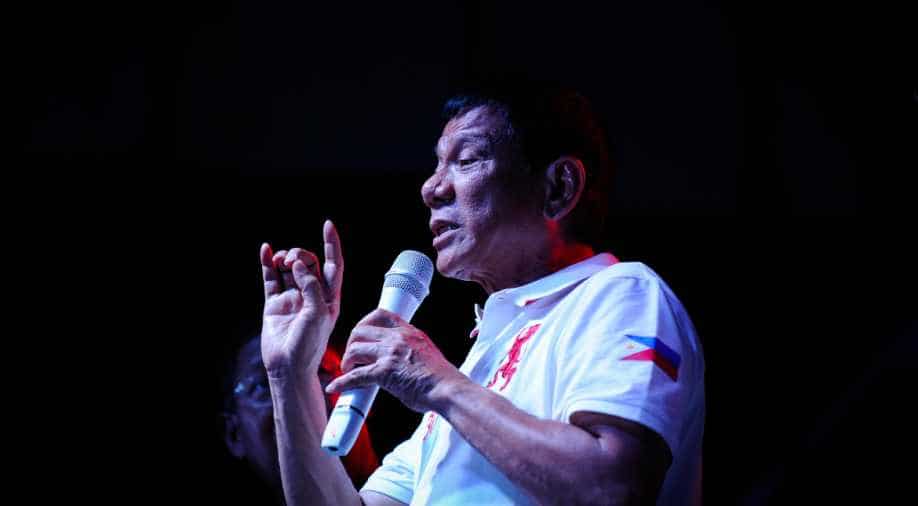 Philippine President Rodrigo Duterte called the Western threats of pursuing his indictment in the International Criminal Court (ICC) over his involvement in a deadly offensive against drugs as "bullshit" on Monday.

"You scare me that you will jail me? International Criminal Court? Bullshit," Duterte said during a speech.

Last month, an ICC prosecutor said the tribunal might have jurisdiction to prosecute the perpetrators of Philippines killings, news agency Reuters reported.

Police figures show Duterte's campaign has killed more than 2,500 people since he took office on June 30, about three-quarters in police counter-narcotics operations, and the rest believed to be the victims of vigilantes or druglords eliminating rivals or silencing those who could implicate them.

Duterte berated the United States for their hypocritical threats to try him in the international tribunal. There was no mention as to when the threats were made.

Duterte said that the US did not sign to be a part of the international body because they were protecting former president George W Bush.

"America itself is threatening to jail me in the International Criminal Court," Duterte said. "It is not a signatory of that body. Why? Because at that time, they were afraid Bush would face it."

US State Department spokesman John Kirby denied awareness of any threat on Monday.

Duterte has dismissed concerns of extrajudicial killings in his war against drugs and continuously insulted and ridiculed United States, European Union and the United Nations.

The brash former mayor and prosecutor said lawyers in Europe were "rotten," "stupid," and had a "brain like a pea." He described the ICC as "useless" and said that he might withdraw from the body following Russia.

There is nothing wrong with threatening to kill bad elements, he said on Monday.

"I will never allow my country to be thrown to the dogs," Duterte said. "I said, when I was a mayor, 'If you destroy my city with drugs I will kill you.'