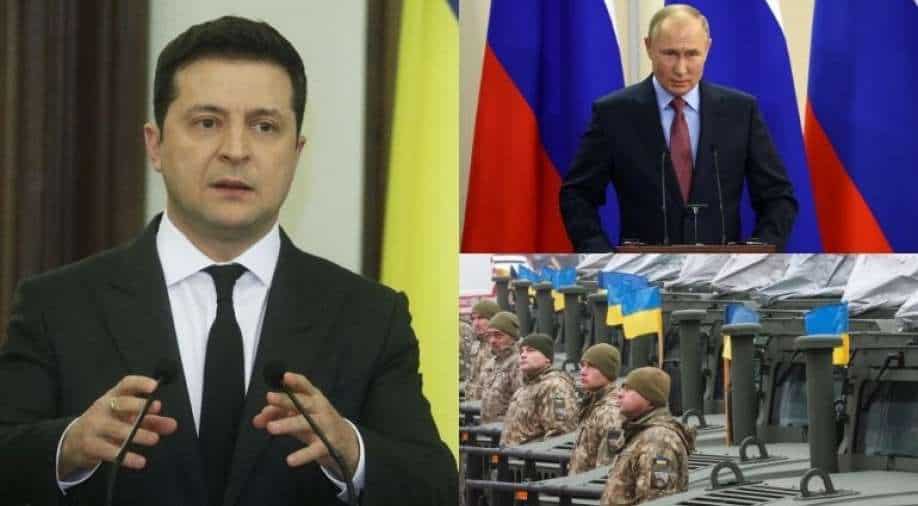 Ukrainian President Volodymyr Zelenskiy has said that his country wants a new agreement on ceasefire and prisoner exchanges with Russia.

The talks were seen as a chance to lower tensions on the Russian-Ukrainian border, where Moscow has deployed up to 100,000 troops, sparking fears of a major war.

"The most important thing that we see now is that there is a personal real reaction and personal role of President Biden in resolving this conflict, the war in the east of our state."

"We appreciate the crucial diplomatic engagement of the US in efforts to bring Russia back to the table of negotiations," he added.

It comes after US President Joe Biden and Russian President Vladimir Putin held a virtual meeting to discuss Western concerns about a Russian military buildup near the Ukrainian border.

After the meeting, Putin said, “We have an opportunity to continue this dialogue, which I think is the most important thing.”

“Russia will prepare its arguments literally in a few days, within a week, and we will submit it to the American side for consideration,” he added.

Ex-Soviet Ukraine has been fighting pro-Russia separatists in its eastern Lugansk and Donetsk regions since 2014, shortly after Moscow seized Crimea.