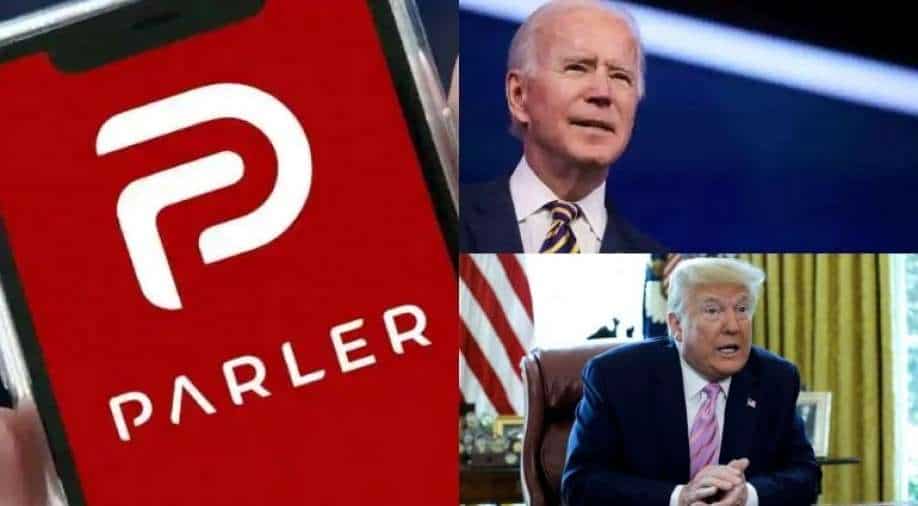 A day after the social networking app Parler came back online on the internet, its interim CEO has invited Donald Trump and the US President Joe Biden to join the world of Parler.

During an interview with the local news network Fox News, Parler's new interim CEO, Mark Meckler, said he would welcome the former US President and the current President to create accounts on Parler.

"What Parler’s really about is being a public square, and a public square is where anybody can come, they can say what they want as long as it’s legal. And Donald Trump hasn’t said anything illegal, as far as I’m aware. He certainly didn’t on Twitter, didn’t on Facebook or any of the other places that he was banned," Meckler said.

This statement has caught the attention not only because Trump and Biden are known rivals, with Trump often being looked at as the sore loser, but also because Trump was one of the main reason behind Parler's temporary suspension.

Parler is a social networking platform that was taken off the internet due to its alleged involvement in the Capitol riots that took place on January 06.

It was alleged that Parler played the main role and acted as a source of communication for the supporters of Trump who then carried out the riots in the US Capitol building.

Following the allegation, Apple and Google had pulled the app from their download platforms and Amazon's web hosting, too, cut ties with the social networking app.

"Parler was built to offer a social media platform that protects free speech and values privacy and civil discourse," Meckler issued a statement.