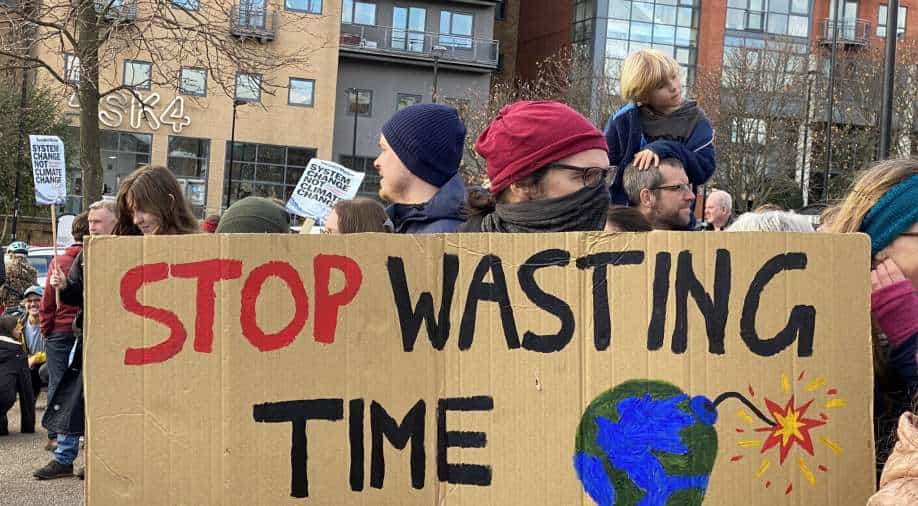 Hundreds of protesters gathered in Paris to demand meaningful action from world leaders at the Glasgow COP26 summit on Saturday.

"Today, we do not need announcements, promises and commitments, we need concrete action," Greenpeace France head Jean-Francois Julliard told Reuters. "How will they do it, country by country, to reduce greenhouse gas emissions in the most important sectors?"

The demonstration was one of many across the world called for by a coalition of environmental groups and other civil society organisations as part of a "Global Day of Action for Climate Justice."

A week of government speeches and pledges at the two-week UN climate conference in Glasgow brought promises to phase out coal, slash emissions of the potent greenhouse gas methane and cut deforestation.

Protesters in Paris expressed frustration however because of what they described as "climate inaction" and "empty words" on the part of world leaders.

"I am 73 years old and I can see that we are leaving an extremely dangerous world to our children. Our leaders, even though they attend COPs, are not implementing the necessary measures against global warming," said protester Marie-Claire Gourinal.

Echoing the message of prominent Swedish climate activist Greta Thunberg and a generation of young climate activists, numerous young protesters also attended the Paris rally to call for a change.

"Coming here allows me to see that I am not alone in worrying about the future and it gives me a bit of hope," 17 year old protester Mia Rety told Reuters. "But I also hope that things will change at a higher level, because at my own level, there isn't much I can really do."