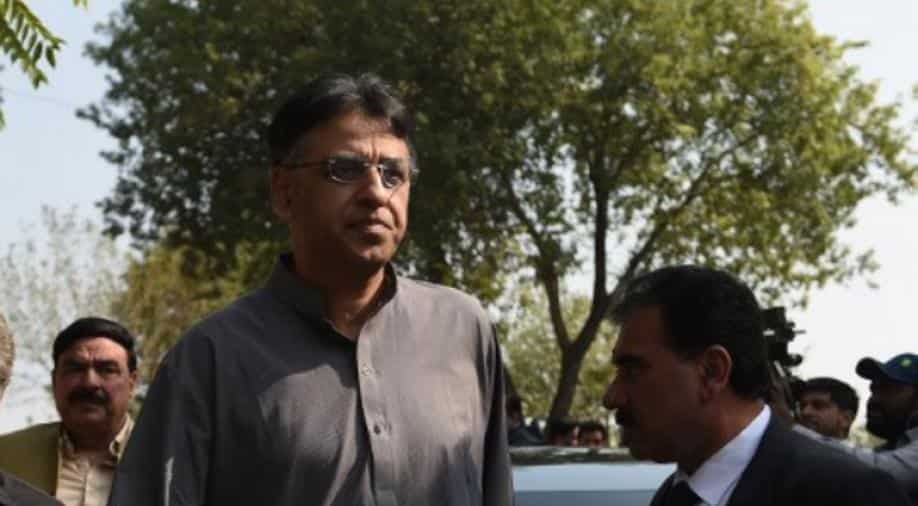 Minister Asad Umar made the remarks during a meeting with businessmen at the Karachi Chamber of Commerce and Industry (KCCI).

Pakistan will not approach the IMF for a new bailout package and is considering alternative options to tide over its economic crisis, Finance Minister Asad Umar said Saturday.

Minister Umar made the remarks during a meeting with businessmen at the Karachi Chamber of Commerce and Industry (KCCI).

Umar told the participants that the Imran Khan led government had decided against entering into any new bailout programme with the International Monetary Fund (IMF) for now and was exploring other possible avenues to help Pakistan's struggling economy get back on track.

Cash-strapped Pakistan is negotiating an $8 billion bailout package from the IMF to overcome a severe balance-of-payments crisis that threatens to cripple the country's economy.

The government reached out to some "friendly countries" for economic assistance including Saudi Arabia, China and the UAE since Prime Minister Khan assumed office in August.

Umar said different alternative options were being explored instead of rushing into a new IMF programme which would bring more stringent economic conditions for Pakistan.

He told the Karachi businessmen that the government would be announcing a mini-budget on January 23.

The finance minister said he was meeting with businessmen in Karachi and Lahore to discuss the amended finance bill, which he said will facilitate businessmen.

Umar indicated that the amended bill will also carry "some good news" for the Pakistan Stock Exchange (PSX).

He also made it clear that the government had signed several agreements to bring investment to the country instead of just borrowing from friendly countries.

"The impact of these investment agreements will become known from next week," he said.

Pakistan and the UAE finalised the terms and conditions of a $6.2 billion support package for Islamabad this month.

Last month, the UAE said it will soon give $3 billion to Islamabad.

In October, Saudi Arabia agreed to provide Pakistan $3 billion in foreign currency support for a year to address its balance-of-payments crisis.

During Prime Minister Khan's visit to Saudi Arabia on October 23, it was announced that the oil-rich country will provide a $6 billion package to Pakistan to support its ailing economy.

The package included $3 billion balance of payments support and $3 billion in deferred payments on oil import.

Pakistan's all-weather ally China has also pledged to provide generous aid to Islamabad to overcome its financial woes. Beijing has not yet revealed the quantum of its financial support.

Pakistan apprehends the IMF will come with stringent conditions of austerity besides scrutiny of $60 billion China-Pakistan Economic Corridor projects whose terms till now remained confidential.

The Trump administration is making all efforts to ensure that any IMF loan to Pakistan is not used to repay its Chinese debt.