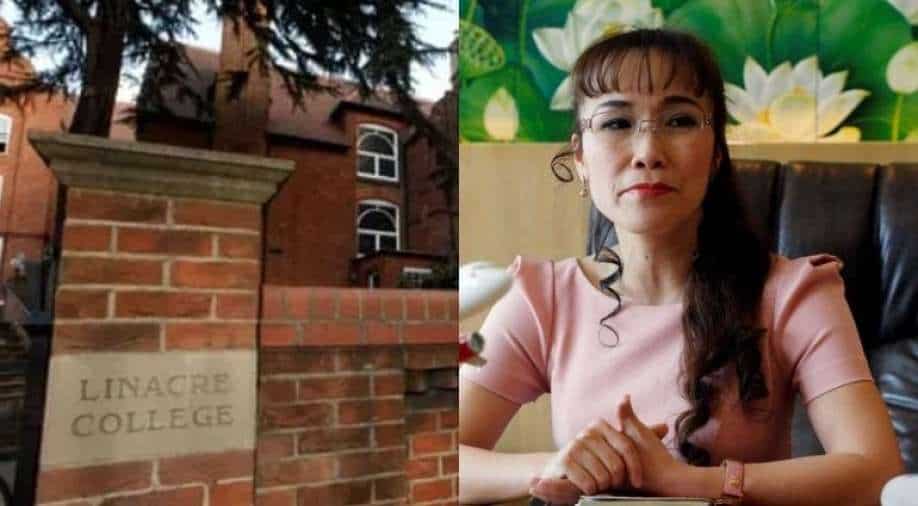 Nguyen Thi Phuong Thao is the chief of Sovico Group and is popular as the richest woman of Vietnam. She donated £155 million to the college in an act of good faith

University of Oxford is ready to bring a historic change for a woman from Vietnam who has made a huge donation of £155 million to the institution.

The university’s Linacre College is seeking permission from the privy council to change the name of the college to Thao College. This new name has been suggested to the authorities to honour the richest lady of Vietnam.

"Sovico Group has also committed to all their subsidiaries reaching net zero carbon by the end of 2050 with the input from leading Oxford academics," the college said. "After receiving the first donation of £50m, we will approach the privy council to ask for permission to change our name from Linacre College to Thao College in recognition of this landmark gift."

Nguyen Thi Phuong Thao is the chief of Sovico Group and is popular as the richest woman of Vietnam. She donated £155 million to the college in an act of good faith.

Linacre College was founded in 1962 and is named after the Renaissance humanist, medical scientist and classicist Thomas Linacre. Authorities are planning to use this donation to pay for a new graduate center and also access scholarships.

"We have long been one of the least well-endowed colleges at the university, so we are delighted that a significant part of the donation will be for our general endowment fund, to help support the daily running of college," the college said.

However, the Oxford University Climate Justice Campaign has expressed disappointment over the college accepting money from the Sovico Group. "We are disappointed to hear that Linacre College has accepted donations from Sovico group, a company whose fossil fuel extraction threatens our planet’s survival," the spokesperson said. "Linacre's own failure to date to become carbon-neutral shows that actions speak far louder than words. We are sad to hear what Linacre’s actions have told us: that Linacre values money more than people and the planet."