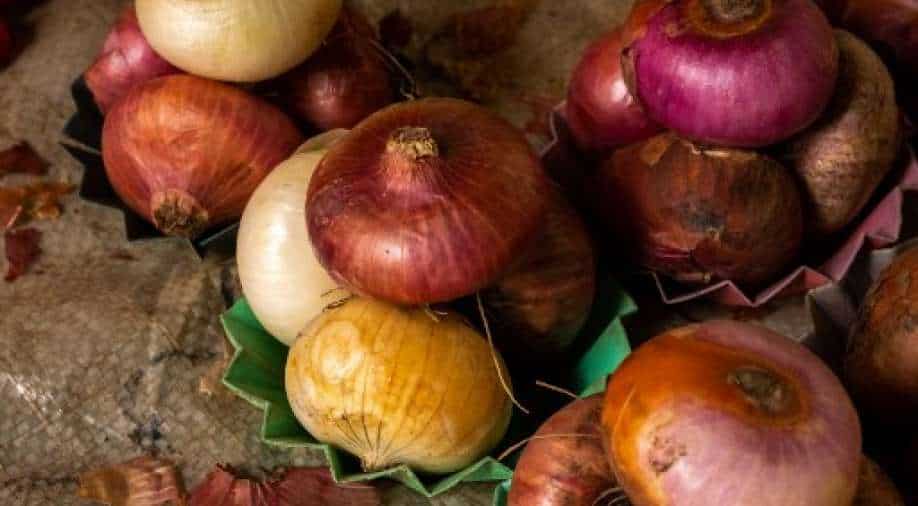 The US agency urged restaurants and consumers not to eat or serve red, yellow, and white onions Photograph:( AFP )

According to the FDA, most people with salmonellosis develop diarrhoea, fever, and abdominal cramps

More than 600 people have fallen sick and 129 hospitalised across 37 states in the US due to mass salmonella outbreak, which has been linked to onions imported from Mexico, according to US media reports.

But, no deaths have been reported so far.

The Centers for Disease Control and Prevention said one source of infections had been traced to onions imported from Chihuahua, Mexico, and distributed by ProSource Inc., also known as ProSource Produce, LLC, based in Hailey, Idaho.

The US Foods and Drug Administration (FDA) and the Centers for Disease Control and Prevention (CDC) have asked people to throw away all unlabelled red, white and yellow onions.

“Interviews with sick people show that 75% of people ate or possibly ate raw onions or dishes likely containing raw onions before they became sick,” the CDC said in a statement.

“Several ill people reported eating at the same restaurants, indicating they may be part of illness clusters.”

According to the FDA, most people with salmonellosis develop diarrhoea, fever, and abdominal cramps. More severe cases of salmonellosis may include a high fever, aches, headaches, lethargy, a rash, blood in the urine or stool, and in some cases may become fatal.

The US agency urged restaurants, retailers and consumers not to eat, sell or serve red, yellow, and white onions supplied by ProSource Inc that were imported from the State of Chihuahua, Mexico from July 1, 2021 through August 27, 2021, or products containing such onions.

ProSource has agreed to voluntarily recall all onions it imported from Chihuahua from July 1 through Aug. 27, Frank Yiannas, the Food and Drug Administration's deputy commissioner for food policy and response, said in a statement.

The FDA has launched an investigation, along with the CDC and local authorities, Yiannas said.

“We are issuing this update early in our investigation as part of our continued commitment to transparency and early communication. We will provide updates as we learn more,” Yiannas said.