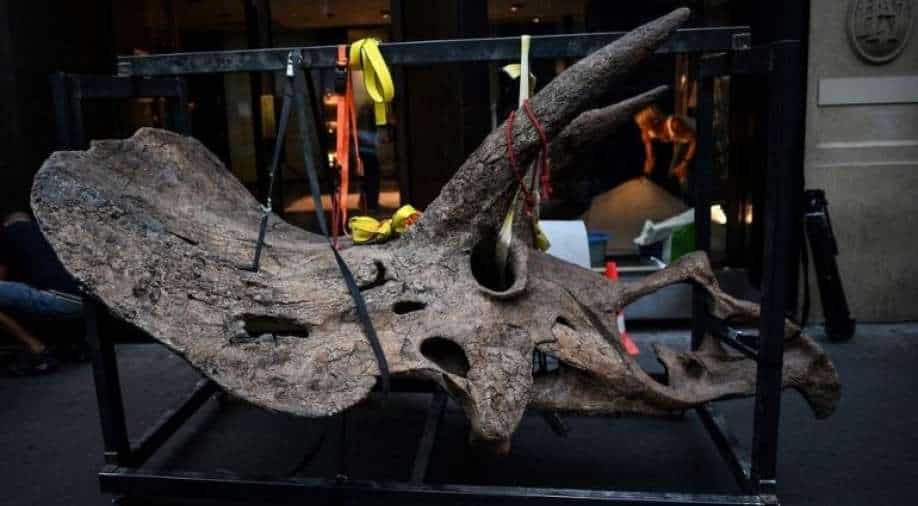 'Big John,' the world's largest triceratops has sold for $7.74 million or 6.65 million euros in an auction.

Paleontologists had named the fossilised remains after the owner of the land where the bones of the dinosaur were discovered.

The 66-million-year-old triceratops has the most complete skeleton for a dinosaur. Researchers were able to gather 60 per cent of its bones from modern-day South Dakota.

Found in 2014, the skull of the dinosaur is 2.62 metres long. The gargantuan fetched well above the expected sale price by 1.2 to 1.5 million euro as it was expected to fetch 5.5 million euros.

According to Djuan Rivers, a representative for the buyer, "It's being acquired by an American collector, and that individual is absolutely thrilled with the idea of being able to bring a piece like this to his personal use."

"The history behind this and the curation of it is absolutely impressive, so to be able to be a part of preserving something of this nature that was actually found in the US, in South Dakota, is also something extremely special," Rivers said.

Iacopo Briano, a paleontology expert who helped mount the sale, said: "We still don't know its final destination, because we only know that it's a private individual."

He said he will soon begin to dismantle the dinosaur bones in order to transport it to the buyer, and will also be on-site to re-assemble the skeleton.

The triceratops is among the most distinctive of dinosaurs due to the three horns on its head, one at the nose, and two on the forehead, that give the dinosaur its Latin name.