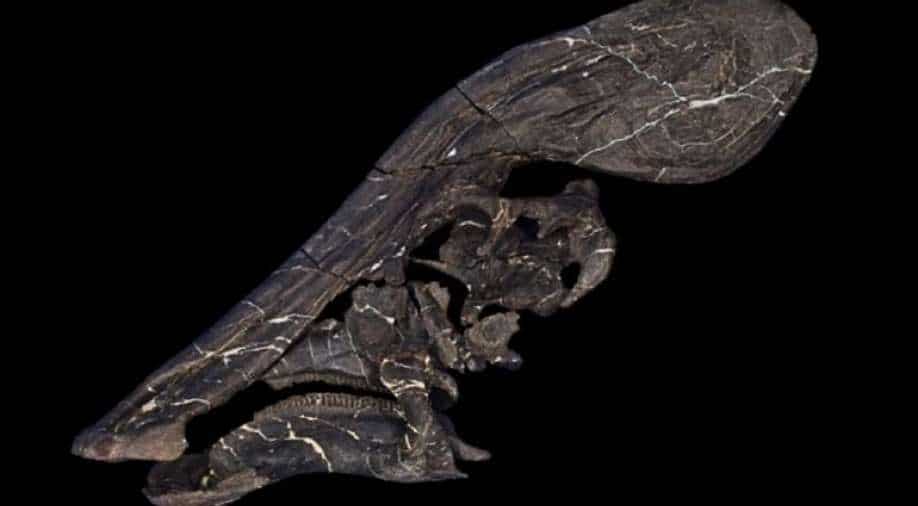 The tail of the animal, called Tlatolophus galorum, was discovered first, in the General Cepeda area of the northern state of Coahuila in 2013

Paleontologists identified a new species of dinosaur after a specimen from about 73 million years ago was found in northern Mexico, the country's National Institute of Anthropology and History (INAH) said Thursday.

The scientists said the conditions in which the dino was found explain its preservation.

"About 72 or 73 million years ago, a huge herbivore dinosaur died in what must have been a body of water full of sediment, so that its body was quickly covered by the earth and could be preserved through the ages," the institute said in a statement.

The tail of the animal, called Tlatolophus galorum, was discovered first, in the General Cepeda area of the northern state of Coahuila in 2013.

As excavations continued, scientists eventually discovered 80 percent of its skull, its 1.32-meter crest and bones such as its femur and shoulder, which allowed researchers to finally realize this year that they had a new species of dinosaur on their hands, the INAH said.

"We know that they had ears with the capacity of hearing low-frequency sounds, so they must have been peaceful but talkative dinosaurs," the statement said.

Paleontologists also believe that the dinosaurs "emitted strong sounds to scare away predators or for reproductive purposes."

The discovery is still under investigation, but research about the ancient reptile has already been published in the scientific journal Cretaceous Research, according to INAH.

"It is an exceptional case in Mexican paleontology," the INAH said. "Highly favorable events had to occur millions of years ago, when Coahuila was a tropical region, for it to be conserved in the conditions it was found in."

The name Tlatolophus is derived from the indigenous Nahuatl language word tlahtolli -- which means word or statement -- and the Greek word lophus, meaning crest.

The animals crest's shape looks like what the INAH said is "a symbol used by Mesoamerican people in ancient manuscripts to represent the action of communication and knowledge itself."