Oregon wildfires are not intentional, no role of 'extremists': FBI 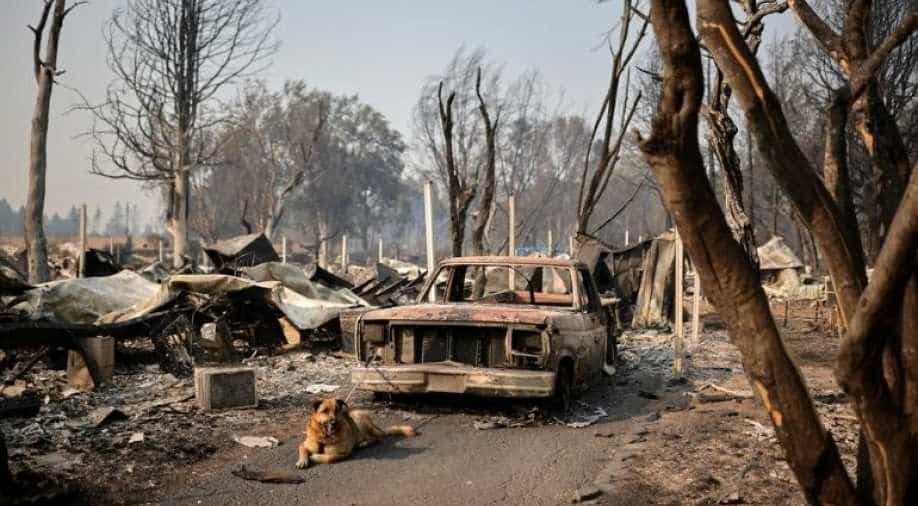 The rumours about Antifa being the group behind this started when Paul Romero Jr, who unsuccessfully ran to be one of Oregon's US senators, posted this conspiracy theory on social media

The wildfires in Oregon have not been caused by any "extremist" group, the FBI announced on Friday, putting an end to various controversies doing rounds on social media.

Several theories on the internet are passing rumours that the wildfires are being intentionally set up by the group Antifa, a structureless movement that says it is dedicated to fighting fascism online and in public, and which is a favored target of conservatives.

"Conspiracy theories and misinformation take valuable resources away (from) local fire and police agencies working around the clock to bring these fires under control," the Federal Bureau of Investigation's Portland office said in a statement.

Also read| US: Death toll of West Coast wildfires rises to 9; 500,000 ordered to evacuate in Oregon

"FBI Portland and local law enforcement agencies have been receiving reports that extremists are responsible for setting wildfires in Oregon. With our state and local partners, the FBI has investigated several such reports and found them to be untrue," it said.

The rumours about Antifa being the group behind this started when Paul Romero Jr, who unsuccessfully ran to be one of Oregon's US senators, posted this conspiracy theory on social media. "Oregon is on fire! Pallet Company in Oregon City confirmed Antifa arsonist on camera. Douglas County Sheriff has 6 ANTIFA arsonists in custody," he wrote in a tweet that spread as a screenshot on Facebook.

However, the Douglas County Sheriff's Office clarified in a Facebook post: "Our 9-1-1 dispatchers and professional staff are being overrun with requests for information and inquiries on an UNTRUE rumor that 6 Antifa members have been arrested for setting fires."

Several social media posts also started claiming that seven members of the Antifa group have been arrested for starting the Oregon fires. However, Mike Moran, public information officer for the sheriff's office in Jackson County, clarified

"There is absolutely no truth to that story that seven Antifa people or anyone affiliated with Antifa or other organizations have been arrested for anything in our area."

"It's totally counterproductive. We're trying to do a lot of emergency work and people call in with things making false reports or just wanting to check on this story that has no merit," he said.

Th wildfires have destroyed hundreds of houses and have injured several people. The local authorities have started rescue operations and are urging people to exercise caution and stay away from any fake news.