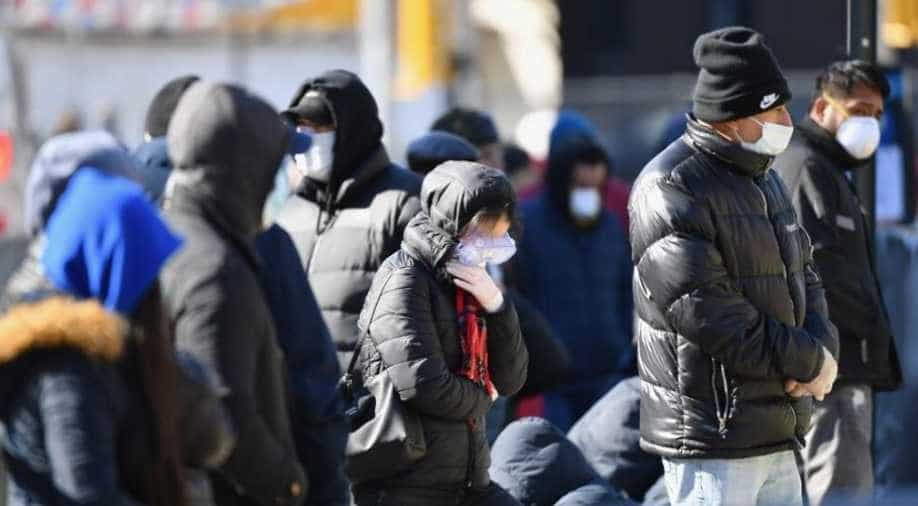 Nearly 4,500 coronavirus deaths in the past 24 hours - the United States has set a new record.

In fact, the single-day COVID-19 death toll in the US has been so high that it has surpassed the number of deaths during the 9/11 terror attacks.

The country has already lost over 34,000 lives to the virus with over 678,000 infected cases. The coronavirus numbers in the United States have been mounting with each passing day.

And now the country has set a new record, in the last 24 hours over 4,400 people have succumbed to COVID-19 in America.
It is the highest single-day COVID-19 death toll recorded so far and America's deadliest day.

Worse than the horror witnessed during the 9/11 terror attacks. The number of lives lost in one day due to the coronavirus is higher than the total 9/11 death toll.

New York - the epicenter of the outbreak in the United States is still coming to terms with the mounting casualties. The state has now witnessed two of the worst crises in recent American history.

On April 9, while addressing the media, the New York governor compared the tragedy unfolding now with the horror of 2001. He said they were dealing with a "silent explosion".

"9/11 was supposed to be the darkest day in New York for a generation. We've done everything we can since 9/11 to make sure it didn't happen again. We lost 2,753 lives on 9/11. We've lost over 7,000 lives to this crisis," New York Governor Cuomo said, adding, "that is so shocking and painful and breathtaking. I can't, I don't even have the words for it."

"9/11 was so devastating, so tragic and then, in many ways, we lose so many more New Yorkers to this silent killer, there was no explosion but it was a silent explosion that just ripples through society with the same randomness, the same evil that we saw on 9/11," the New York governor added.

The New York death toll has jumped even further since the governor made those remarks crossing the 10,000 mark in New York City. The US is fighting an unprecedented war, the battle against the deadly virus has also cost America more lives in one day than some wars it has fought.

While America was still counting its dead, President Trump unveiled a plan to reopen the economy. Donald Trump suggested the worst was over, he was never good facts. Only this time, he sounds cruel too.