'Oh come on': Kamala Harris reacts to 'ridiculous' headlines against her expensive cookware 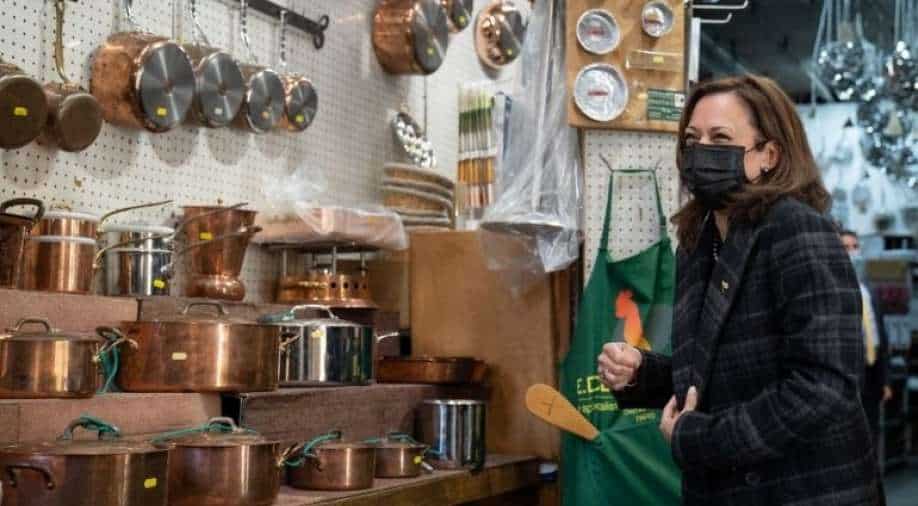 Kamala Harris' total bill amount of her cookware shopping came out something near $578, as per local reports. Since then, she had had to read some strongly-worded headlines

US Vice President Kamala Harris has decided to keep ignoring the 'ridiculous' headlines being posted about her in the western media.

Harris had been recently criticised for reportedly spending more than $500 on cookware while on a trip to Paris in November 2021. She had visited a high-end Parisian culinary shop while she was on a four-day visit to France in November with the aim to mend French and American relations.

Harris had reportedly bought a $367 copper and stainless steel serving dish, a $160 copper, stainless steel frying pan, porcelain cocotte and egg dish, a copper cleaner and various wooden spoons. Her total bill amount came out something near $578, as per local reports. She had told reporters that the cookware will be used in one of her Thanksgiving dinners.

Since then, Harris had to read some strongly-worded headlines against her shopping spree. The Vice President, however, believes that these are simply petty moves to drag people’s attention away from the important work that she is doing in the Biden administration.

She also addressed headlines in which she had been labelled as a "bully". Brushing off these headlines as "ridiculous", she said this is all a part of being one of the top high-profile targets in the ruling government.

"There is nothing about this job that is supposed to be easy," Harris told the San Francisco Chronicle​ in an interview published on Sunday​. "If something is coming to me, it’s because it needs to be addressed and because, by definition, it’s not going to be easy. If it was easy, it would have been handled before it comes to me."