Nuclear accord: Trump hints at 'real agreement' with Iran 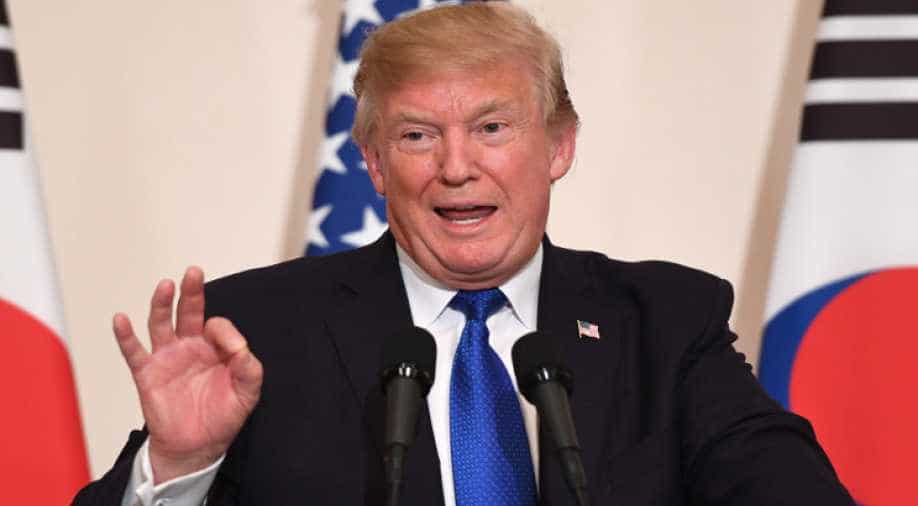 Trump has kept everyone guessing on the outcome retreating yesterday "we'll see what happens."

Amid speculation US president will pull out of the Iran nuclear deal, Trump said doing so will send the right message ahead of talks with North Korea.

"I think it sends the right message," Trump told reporters on whether it would send a wrong message to Kim's regime as the two nations get ready for summit talks.

"You know in seven years, that deal will have expired and Iran is free to go ahead and create nuclear weapons," Trump said expressing dissatisfaction with the nuclear deal, adding,"That is just not an acceptable situation. They're not sitting back idly. They're setting off missiles, which they say are for television purposes."

Last week while meeting French president Macron at the White House the two leaders had spoken about the impending May 12th deadline in which the stakeholders - US, UK, Russia, France, China, Germany and the European Union will have to decide&nbspon the future course of action.

Under the accord, Tehran agreed to limit its nuclear program in return for relief from US and other economic sanctions.

Trump has been against the deal since the beginning of this presidency, which was brokered by the Obama administration with the Islamic state in 2015.

Macron had said he would be interested in negotiating a "new deal" with Iran in the presence of Trump.

Trump has kept everyone guessing on the outcome retreating yesterday "we'll see what happens."&nbspTrump has often termed the deal "terrible" and said it needs to be "fixed"

However, speaking to reporters the US president said: "That doesn't mean we won't negotiate a real agreement."