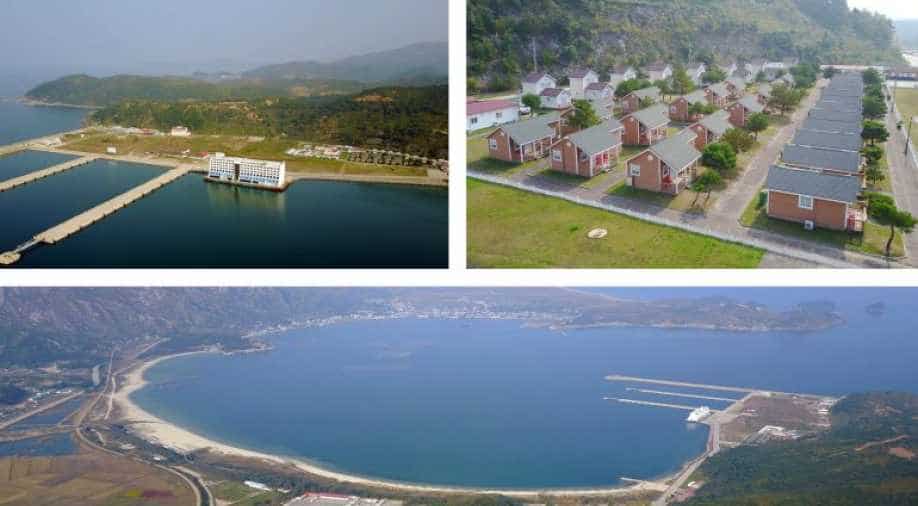 North Korea has notified Seoul that it wants to discuss the rebuilding of facilities constructed by South Korea at the North's Mount Kumgang resort, an important symbol of cooperation between the Koreas, the government said on Friday.

North Korean leader Kim Jong Un said South Korea's "backward" and "shabby" facilities at the North's infrequently used resort must be removed and rebuilt in a modern way, state media reported on Wednesday, in the latest sign of cooling relations between the neighbours.

North Korea sent a notice to the Unification Ministry on Friday morning seeking to discuss the issue through the exchange of documents, the ministry said.

The government would consult with the relevant agencies and would respond in a way consistent with "protecting the property rights of our people", the ministry said in a statement.

Unification Minister Kim Yeon-chul, who oversees inter-Korean affairs, told lawmaker Yoon Sang-hyun that the ministry did not see the notice as an exclusion of South Korea because Kim Jong Un had said he would welcome South Koreans if it was rebuilt properly, Yonhap news agency reported on Friday.

Yoon told a briefing Kim Yeon-chul had said the South Korean government was in talks with firms such as Hyundai Asan before deciding on its response.

Mt Kumgang was one of two major inter-Korean economic projects, along with the Kaesong industrial zone, and an important token of cooperation between the two Koreas during decades of hostilities following the 1950-53 Korean War.

There have been no South Korean tours to Mt Kumgang since 2008, although there have been infrequent inter-Korean events such as the reunions of families estranged by the war.