No music or rum for tourists after Castro's death 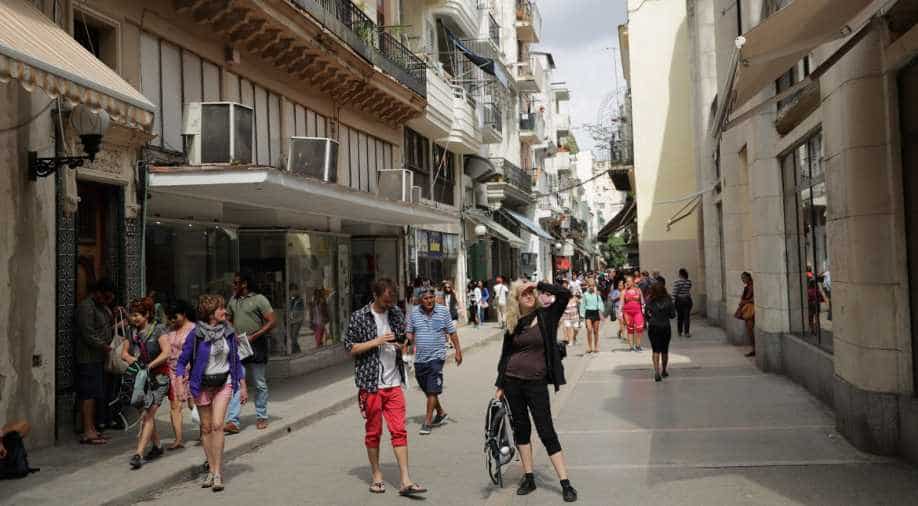 Others hoping to eat dinner while watching a music and dance show at El Guajirito restaurant stared at an empty stage with a closed curtain.

As Cuba observes nine days of mourning following the death of communist icon Fidel Castro on Friday, tourists have been wandering unusually quiet streets in Havana, devoid of street musicians.

Authorities have banned alcohol sales, while shows have been cancelled, leaving foreign visitors with few options for entertainment.

A Spanish couple was sipping lemonade at the Bilbao bar in Old Havana instead of one of the many bottles of rum or beer on display behind the counter.

"As a tourist, you would like to drink a beer, but it's understandable," said Vicente Pavon, 28, a section chief at a home improvement company in Madrid.

"It's a historic moment that you'll remember. In a few years, we'll be able to say that we were here" when Castro died, said Pavon, who nevertheless would have liked to drink a daiquiri next to the life-size bronze statue of Hemingway at El Floridita.

Others like Pavon took the booze and music bans in stride, appreciating that they landed on the island at a momentous time in history, as Cubans bid farewell to a man who ruled the island for almost half a century.

"It would be a different experience (if Castro had not died) but it's still a life-changing event," said Amanda Lecuyer, a 29-year-old esthetician from Toronto who went to the usually bustling La Bodeguita del Medio, only to find the bar closed behind a wooden gate.

Before coming to Havana, she and a friend were listening to a Justin Bieber song on her speakers at a pool in the resort town of Varadero, until the staff "asked us to turn it down."

'I can come back'

Americans who came on a "people-to-people" tour to learn more about Cuban music ended up listening to lectures from musicians instead of hearing the sounds of son or salsa.

JuTina Singletary, a 55-year-old teacher from the southern US state of Louisiana, seized on the historic moment and went to Revolution Square, where hundreds of thousands of Cubans paid tribute to Castro at a memorial.

She stood in line for four hours to enter the monument of independence hero Jose Marti, where a black-and-white picture of Fidel as a young guerrillero was put on display for mourners.

"I can always come back for the music, but never for this experience," Singletary said.

Other Americans said their visit during Castro's remembrance events have allowed them to learn more about the former leader, opposite to the image he has in the United States of a dictator who jailed dissidents.

"I have a different understanding of Fidel. I see that he has done good things," said Sandi Rockers, a 52-year-old public accountant from New Mexico, citing the free health care and education available on the communist island.

Americans have come to Cuba in droves since US President Barack Obama and Cuban President Raul Castro decided to restore ties in December 2014.

While the decades-old US embargo still forbids Americans to travel to Cuba as regular tourists, they can visit under special permits and Obama has removed much of the bureaucracy to make it easier to visit the island.

Almost 137,000 Americans traveled to Cuba in the first half of the year, an 80 percent increase from the same period in 2015, according to Cuban government figures.

But some worried that President-elect Donald Trump will carry out his threat this week of halting the US-Cuban detente if the government doesn't offer "a better deal" to its people.

"What Obama established with the Cuban people is valuable and should continue," said Brian Weaver, a 40-year-old oral surgeon from Ohio who arrived Monday with three other friends.

As they walked to a cafe in Old Havana, his friend Eric Buck said he never thought he would step foot in Cuba in his lifetime.

"To take a step back as a nation would be sad," the 40-year-old dentist said. "It's neat for Americans to be able to come here."