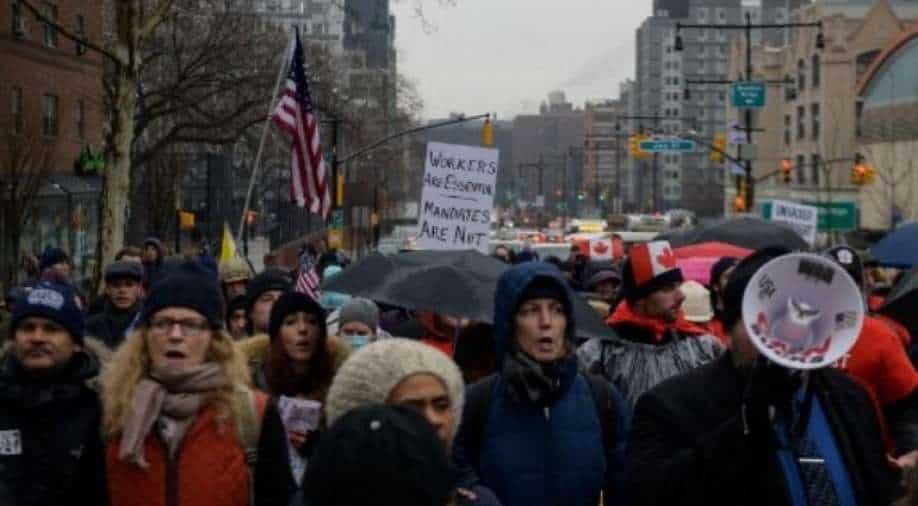 New York requires all city employees, including police, firefighters and teachers, to receive at least one dose of a vaccine under orders passed by former mayor Bill de Blasio last year

New York City was poised to sack roughly 3,000 municipal workers on Friday for failing to meet a deadline to get vaccinated against Covid-19.

The expected dismissals come amid growing discontent in North America against coronavirus restrictions and as states unilaterally lift mask mandates.

New York requires all city employees, including police, firefighters and teachers, to receive at least one dose of a vaccine under orders passed by former mayor Bill de Blasio last year.

"We're not firing them. People are quitting," his successor, Eric Adams, said on Thursday.

"The responsibility is clear. We said it: if you're hired, if you get this job, you have to be vaccinated. If you are not following the rules, you are making that decision," he added.

Like mandatory mask-wearing, mandatory vaccinations have been a controversial political issue in America, with Republican-led Texas going as far as banning them.

Hundreds of workers who oppose New York's vaccine requirement were due to march on City Hall in Manhattan on Friday.

Approximately 95 percent of the city's municipal workforce has received at least one dose of a vaccine.

The 3,000 number represents less than one percent of the Big Apple's 370,000 municipal workers.

Several thousand others remain unvaccinated but have applied for either medical or religious exemptions to avoid losing their jobs.

Several other states, including California, New Jersey and Massachusetts announced this week the lifting of mask mandates for either businesses or schools.

The moves come as the US government grows increasingly concerned about copycat trucker-led protests against coronavirus restrictions that have shut down the Canadian capital Ottawa and three US border crossings.

Supporters of the movement in the United States have called on a convoy of truckers to gather in California in early March for a two-day rally before possibly heading towards the capital Washington.